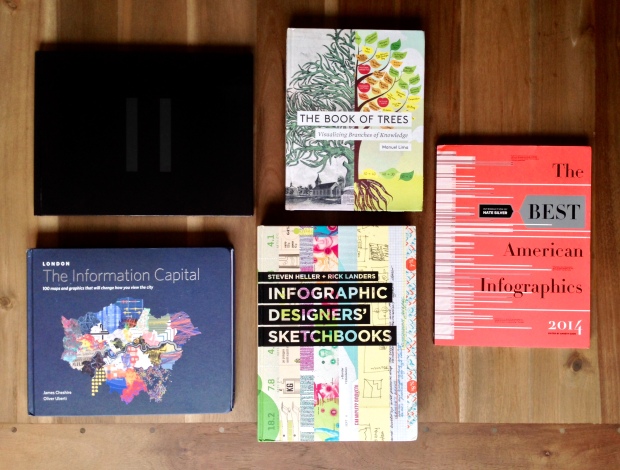 Since my son was born, it’s been a challenge to focus on a single book for any prolonged amount of time. He’s in perpetual motion, as my mom often likes to say. Data Fluency is the only book I’ve read cover-to-cover in the past year (and you should too). So casual visualization reads — books that you can randomly thumb through at bite-sized rates — have piqued my interest more than usual.

Here are five recent books worth a gander. 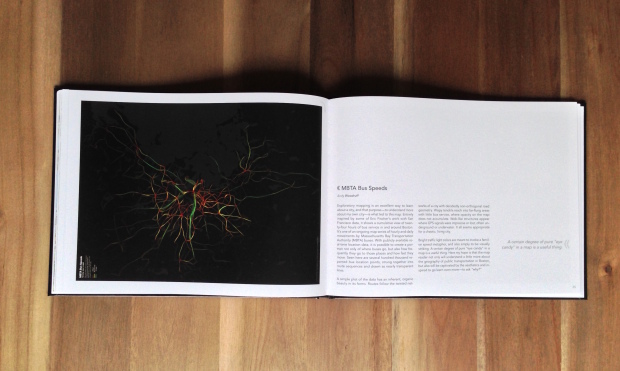 I enjoyed the first volume of the Atlas of Design, so I was happy to see a second volume come out. Published by the North American Cartographic Information Society, the book offers fine examples of cartography that have perhaps grown more rare or difficult to find because of the popularity of online mapping. The maps show a hand-drawn quality and a close attention to detail of various landscapes.

Each map is accompanied by a description from the cartographers themselves, which provides context to what the map is and how it came about. 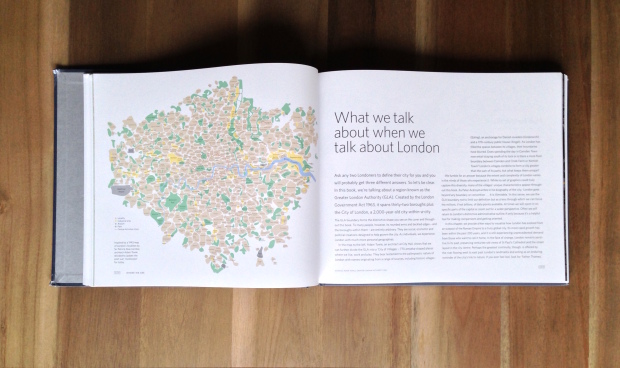 The Information Capital by geographer James Cheshire and designer Oliver Uberti is all about London. I’ve never been to London and know little about the city, but it was fun to flip through the 100 maps and charts. (It also led to my own curiosities.) The book is split into five main parts — where we are, who we are, where we go, how we’re doing, and what we like — so you can see many aspects of the city in data. As a bonus, many of the graphics started in R. 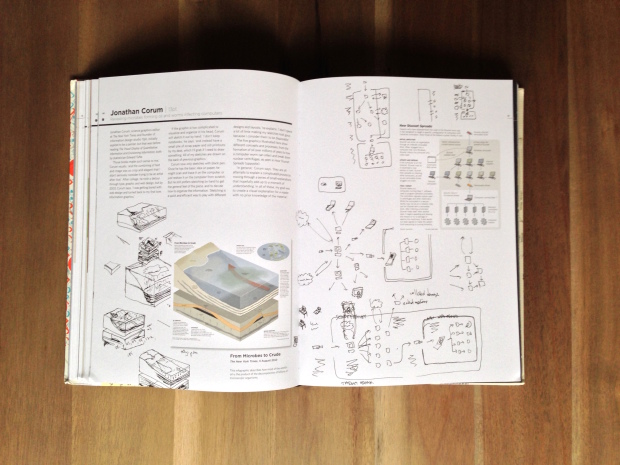 This is exactly what it sounds like. Infographic Designers’ Sketchbooks is a catalog of information graphics, with sketches from the designers’ notebooks that show part of the process. The premise is that you always see the finished product but often miss the work that goes into it.

I wish the editors went into more of the process. In particular, it’s interesting to hear about what didn’t work, and all the initial ideas that were rejected. However, most of the short lead-ins just talk about a general process, which gets monotonous after a while: talk to client, develop idea, draw on paper or produce rough sketches, and then finito.

So I had to get over that. Then it was more fun to flip through the rough sketches and illustrations.

The Book of Trees 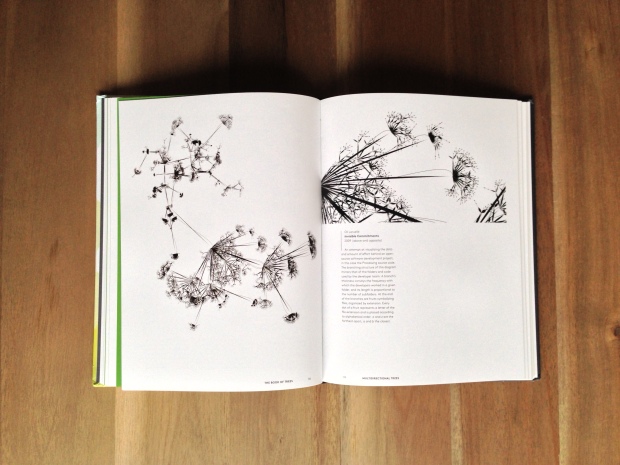 I feel like I’ve had this book forever and just now have had a chance to look at it. The Book of Trees, by Manuel Lima, explores visualization that shows networks and connections. There’s also a foreword by Ben Shneiderman, which is nice. While there’s certainly a bit of narrative about the different types of networks, the bulk of the book is examples with short descriptions, starting from the old originals up to the present. 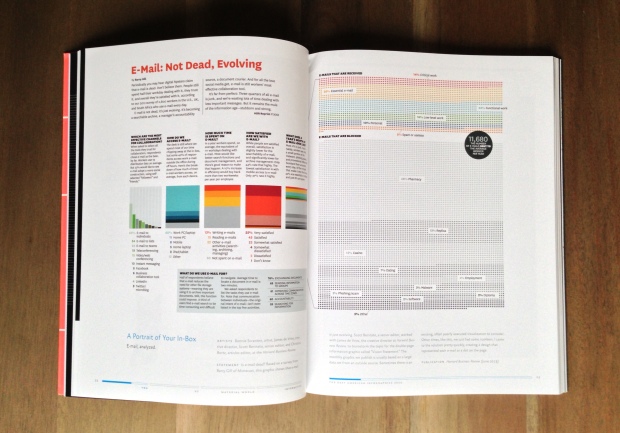 Even though I know what the book publishing process is like, it’s still weird that a book cataloging the best of 2014 came out in mid-October of this year. But there you go. The Best American Infographics 2014 showcases favorites from the first part of the year, as chosen by a group mostly made up of practitioners. (My name is in the credits somewhere, but I think I got too distracted this year to actually contribute my two cents.)

Like the 2013 edition, this book, with a foreword from Nate Silver, has lots of fine examples from various genres. Although mostly are journalistic in nature. My favorite part of the layout is that all the graphics are given enough space so that you can read the sometimes small text. The ones that require more than two pages get a fold-out page.