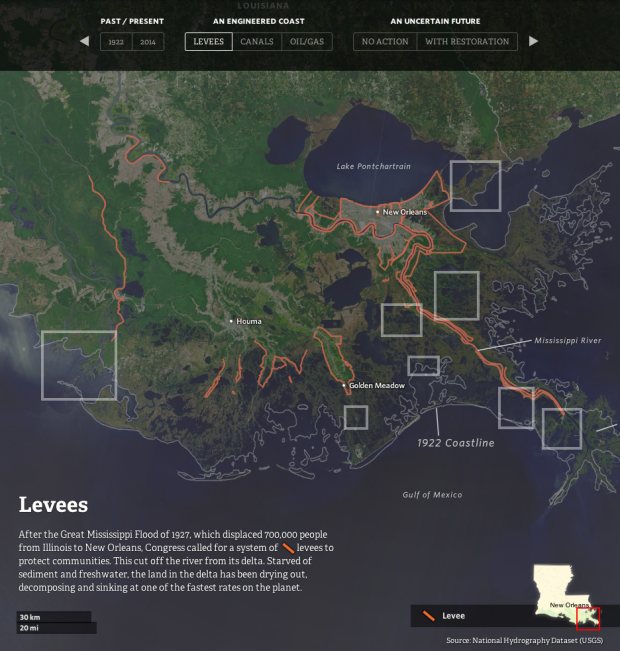 Louisiana is quickly losing much of its coast to the Gulf of Mexico. ProPublica and The Lens just launched an interactive project that shows you by how much and tells the story of those affected.

In 50 years, most of southeastern Louisiana not protected by levees will be part of the Gulf of Mexico. The state is losing a football field of land every 48 minutes — 16 square miles a year — due to climate change, drilling and dredging for oil and gas, and levees on the Mississippi River. At risk: Nearly all of the nation’s domestic energy supply, much of its seafood production, and millions of homes.

There is a lot to look at and learn about, but the most telling is when you zoom in to specific regions indicated by squares on the map. Use the timeline that appears at the top of the map to see how the coastline, based on satellite imagery, has diminished since 1932. It’s disconcerting.