Interactive documentary takes you through space and orbits 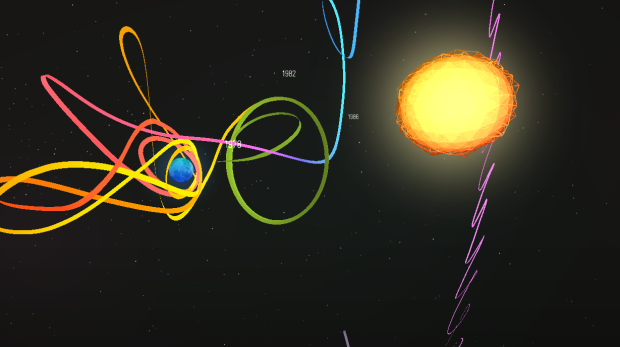 Impressive work in A Spacecraft for All:

This Chrome Experiment follows the unlikely odyssey of the ISEE-3, a spacecraft launched in 1978 to study the Sun, but better known for its amazing accomplishments beyond that original mission. “A Spacecraft for All” is an interactive documentary combining film and 3D graphics, allowing you to follow the spacecraft’s story as you trace it along its entire 36 year journey.

The combination of video and interactive sometimes feels gimmicky, but this feels like they belong together. The interactive portion lets you casually interact in space and look at orbit paths, and the video portion explains what you’re looking at. Guidance comes when necessary.