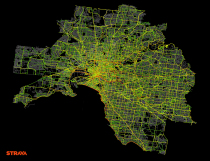 Last month, Strava, which allows users to track their bike rides and runs, launched an interactive map that shows where people move worldwide. That seems to be a lead-in to their larger project Strava Metro. Here’s the pitch:

Strava Metro is a data service providing “ground truth” on where people ride and run. Millions of GPS-tracked activities are uploaded to Strava every week from around the globe. In denser metro areas, nearly one-half of these are commutes. These activities create billions of data points that, when aggregated, enable deep analysis and understanding of real-world cycling and pedestrian route preferences.

Strava had a handful of clients before the official launch, such as the Oregon Department of Transportation. From Bike Portland:

Last fall, the agency paid $20,000 for one-year license of a dataset that includes the activities of about 17,700 riders and 400,000 individual bicycle trips totaling 5 million BMT (bicycle miles traveled) logged on Strava in 2013. The Strava bike “traces” are mapped to OpenStreetMap.

This is what I was getting at with those running maps, so it’s great to see that Strava was already on it.

It’ll be interesting to see where this goes, not just business-wise, but with data sharing, privacy, and how users react to their (anonymized) data being sold. 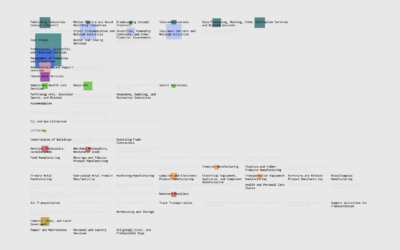