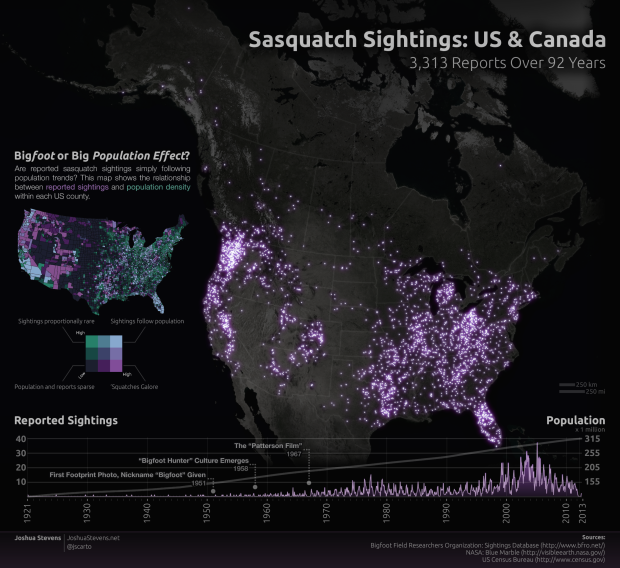 Josh Stevens, a PhD candidate at Penn State, mapped 92 years of sasquatch sightings, based on data from the Bigfoot Field Researchers Organization. Before you furiously type that the map is just population density, Stevens addresses that.

Right away you can see that sightings are not evenly distributed. At first glance, it looks a lot like a map of population distribution. After all, you would expect sightings to be the most frequent in areas where there are a lot of people. But a bivariate view of the data shows a very different story. There are distinct regions where sightings are incredibly common, despite a very sparse population. On the other hand, in some of the most densely populated areas sasquatch sightings are exceedingly rare.