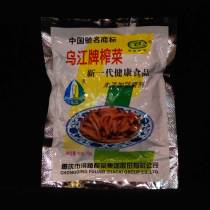 As China moves forward with a plan to move 250 million people to cities, officials developed a need to keep track of how many people are still in rural areas. The problem was that local data from the provinces is unreliable, so instead they use what they call a “pickle index” which banks on the correlation between the amount of pickles eaten by rural residents and population.

According to the South China Morning Post, the country’s National Development and Reform Commission has found that sales of zha cai, a pickled mustard tuber, provide a better guide to population flows than often unreliable provincial statistical data. As an unnamed planner explained to the Economic Observer:

“Under normal circumstances, urban consumption levels of convenience foods such as instant noodles and pickled mustard is essentially constant. Therefore, we can assume that volume changes are mainly caused by a city’s floating population.”

Maybe we can work out a hot dog index for the US. [via Waxy]