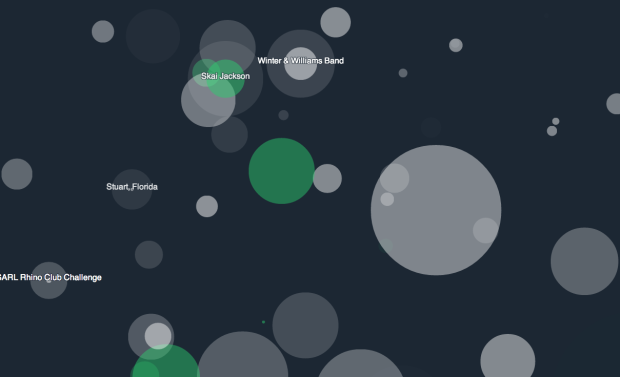 It’s easy to think of online activity as a whirlwind of chatter and battles for loudest voice, because, well, a lot of it is that. We saw it just recently with the burst of emojis and what happens in just one second online. But maybe that’s because people tend to present the bits that way. Stephen LaPorte and Mahmoud Hashemi approached it differently in Listen to Wikipedia.

The project is an abstract visualization and sonification of the Wikipedia feed for recent changes, which includes additions, deletions, and new users. Bells, strings, and a rich tone represent the activities, respectively. Unlike other projects that attempt to hit you with an overwhelmed feeling, Listen oddly provides a calm. I left the tab open in the background for half an hour.