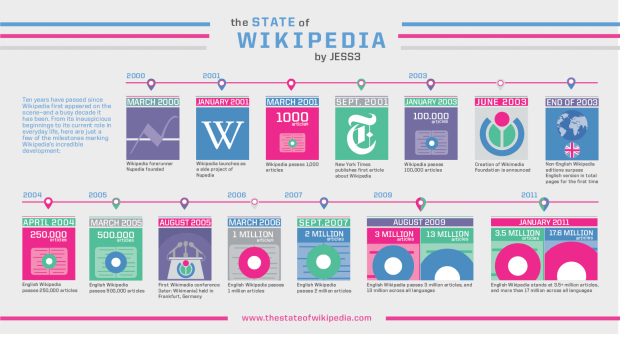 In their most recent video (below) to their “State of…” series, JESS3 takes a look at the State of Wikipedia:

The State of Wikipedia not only explores the rich history and inner-workings of the web-based encyclopedia, but it’s also a celebration of its 10th anniversary. With more than 17 million articles in over 270 languages, Wikipedia has undoubtedly become one of the most visited and relied upon sites on the web today.

It’s really light on the data and kind of fluffy, but Jimmy Wales narrates, so it’s worth it to watch just for that. For some reason I expected him to have a grittier voice. It must be the beard.