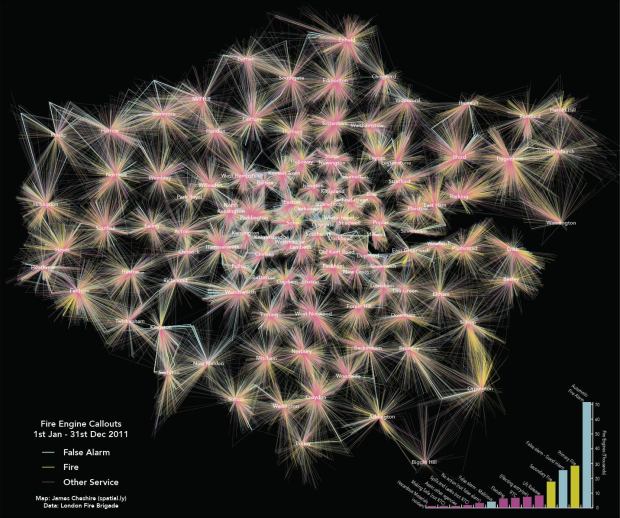 This map shows the geography of fire engine callouts across London between January and September 2011. Each of the 144,000 or so lines represents a fire engine (pump) attending an incident (rounded to the nearest 100m) and they have been coloured according to the broad type of incident attended. These incident types have been further broken down in the bar chart on the bottom right. False alarms (in blue), for example, can be malicious (fortunately these are fairly rare), genuine or triggered by an automatic fire alarm (AFA). As the map shows, false alarms – thanks I guess to AFAs in office buildings – seem most common in central London.

It looks a lot like a sky of fireworks in this view. I bet a map for each category might help flesh out different patterns.