All possible paths to the White House 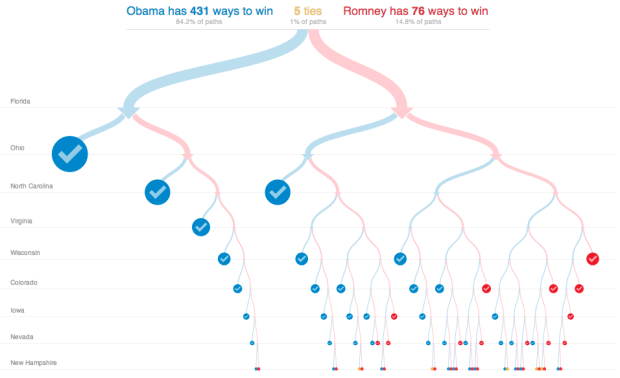 With the election tomorrow, Mike Bostock and Shan Carter for the New York Times map the 512 possible paths to the White House. Select state wins, and the paths update accordingly. For example, select an Obama win in Florida, and it doesn’t look good for Romney.