Physics as a geographic map 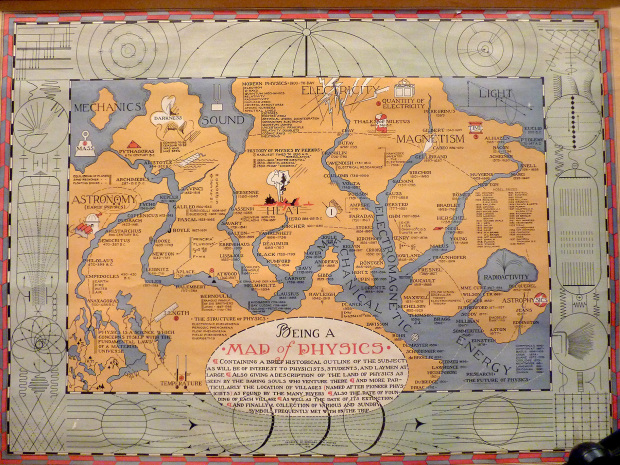 The fictional map of physics by Bernard H. Porter in 1939 reads:

Containing a brief historical outline of the subject as well be of interest to physicists, students, and laymen at large. Also giving description of the land of physics as sen by the daring souls who venture there and more particularly the location of villages (named after pioneer physicists) as found by the many rivers. Also the date of founding of each village. As well as the date of its extinction and finally collection of various and sundry symbols frequently met with on the trip.

I nearly failed my advanced physics in engineering courses in college, so a lot of this is lost on me, but it feels very xkcd-like (despite being made seven decades ago).