Poker is a game of skill, not luck 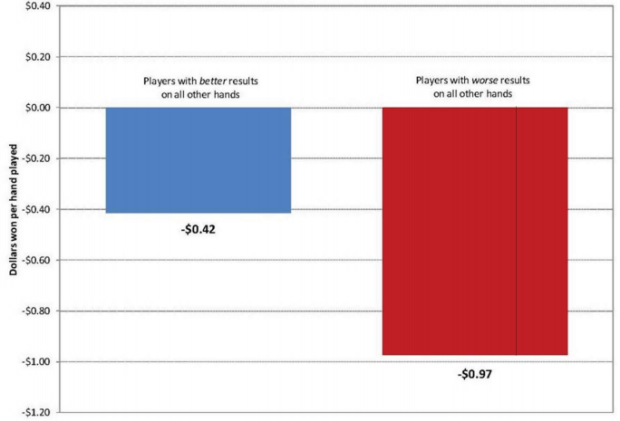 Judge Weinstein, relying on the research of Randal Heeb – an economist, statistician and poker player – found that while luck determines what cards a player gets, skill plays the bigger role in a player’s ultimate success. With such charts as “Win-Rate Comparison: King Nine Offsuit,’ the 91-year-old judge delved into the complexities of the argument more thoroughly than any past court has. John Pappas was pleased with the result, and impressed with the methodology.