Tracking the spread of AIDS 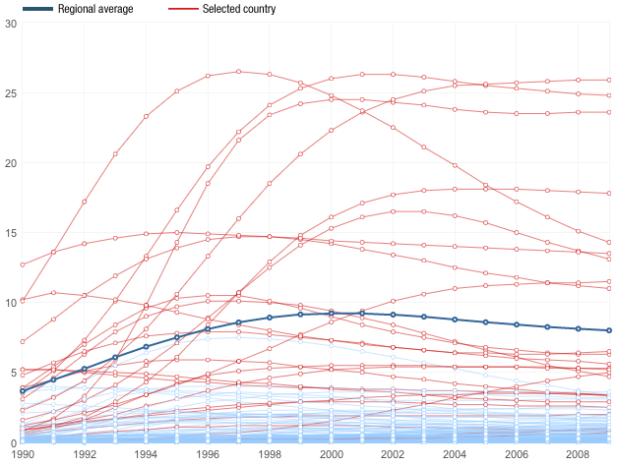 By 1990, the world had a pandemic on its hands. In 1997, the peak of the epidemic, more than 3 million people became newly infected with HIV.

Then science struck back. Drugs approved for HIV treatment in the mid-1990s proved profoundly effective, transforming AIDS from a death sentence to a chronic illness. Those treatments, combined with an international commitment to manage the disease by providing access to free drug therapy, led to a steep drop in new HIV infections.

The countries in middle, eastern, and southern Africa stand out in the chart, like Swaziland with a whopping 25.9%, but most areas cluster well below five percent. Although the drop-down filters help some with country selection, the data probably would’ve benefitted from a chart that had a self-updating vertical axis.