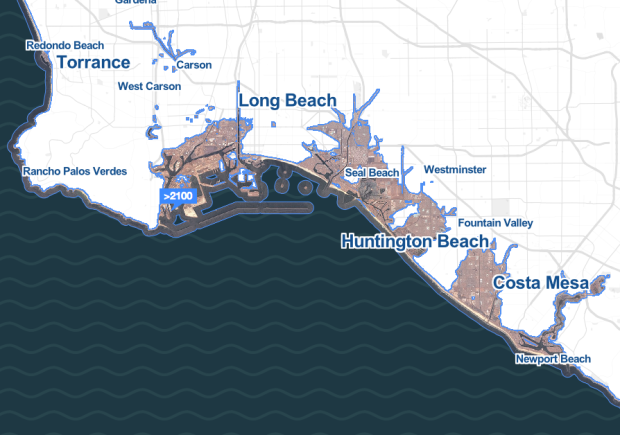 Stamen Design, in collaboration with Climate Central, shows major areas that could be affected by probable rising water levels in the not so far off future.

The context for this work is: while there are a great many papers, scientific studies, meteorological surveys and other things that fall under the rubric of things that normal people accept as true, there remains a persistent and nagging unreality to the idea that, in something like a normal human timescale, we’ll see and have to reckon with large-scale changes to the world as we know it. It’s one thing to say “the world is changing and all of us will have to deal with it.” It’s quite another to say “7.6% of the people and 9.1% of the homes may very well be underwater in Boston, and so you’ll need to start thinking about that pretty damn soon, is that cool?”

Boston, you better make friends with Kevin Costner. He is key to your survival.