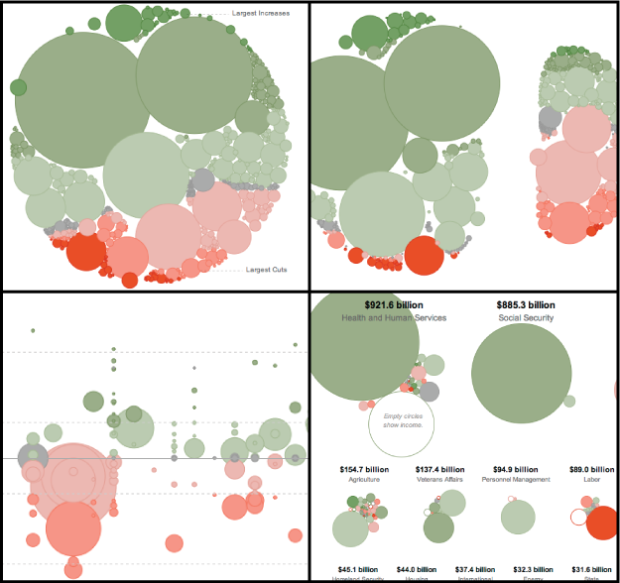 With Obama’s recent budget for next year proposed, Shan Carter et. al of The New York Times let you explore the plan in their new interactive. It provides four distinct views of what the breakdowns look like, all the while keeping a distinct link between each click with smooth transitions and consistent objects (much of which was handled with Mike Bostock’s D3).

Initially, a view of all spending is shown at once. Each bubble represents a chunk of spending, and each is colored by the change from last year. Green shows more money and red means less, and as indicated on the chart, spending is oriented from largest increase to largest cut, top to bottom.

The transitions make this graphic. It’s often useful to see data from different angles, and the smooth transitions (rather than abrupt jumps) let you see how things are and how they have changed, effectively. This is fine work.