In perspective: One hour of video uploaded to YouTube per second 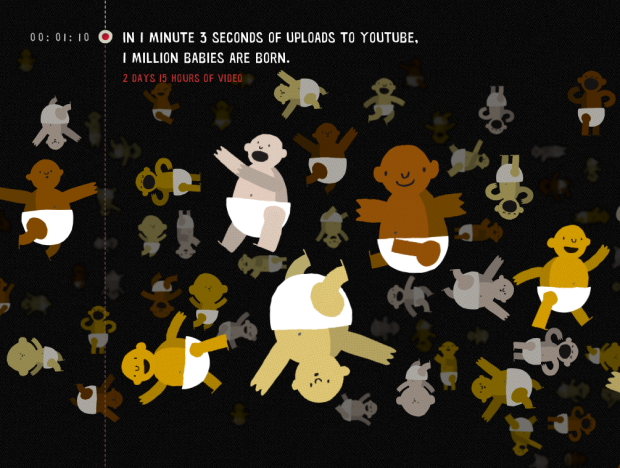 YouTube surpassed the one hour of video uploaded per second threshold recently. To put that rate into perspective, they launched a fun illustration-based site, One Hour Per Second. Big team effort headed by Punk & Butler, illustrations by Alex Eben Meyer, animation by Justin Young, and development by Use All Five.

The concept is simple. A clock runs that shows how much time has passed, and things that could’ve happened during the runtime of video uploaded animate on the screen.

For example, it starts with “In 1.5 seconds of uploads to YouTube, the International Space Station completes one orbit of the earth.” Let it play, and babies are born, the Nyan can gets older, and millions of letters are typed by the world’s fastest texter. Eventually you hit the end: “In 3.8 million years of uploads to YouTube, time as we know it begins, reaches the present day, and keeps ticking on into the future…” 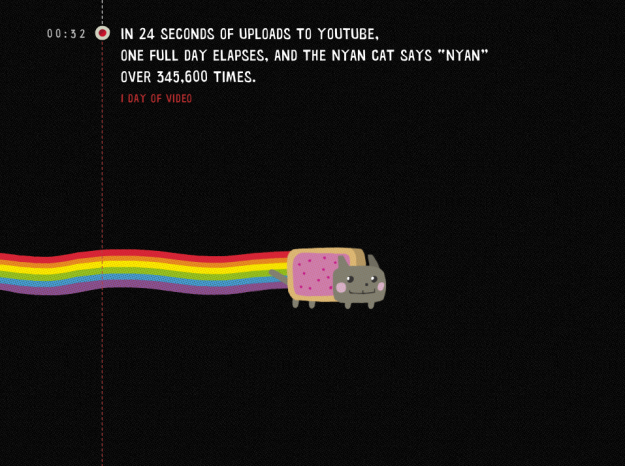 Entertaining even if it is just one number.

[One Hour Per Second | Thanks, Alex]