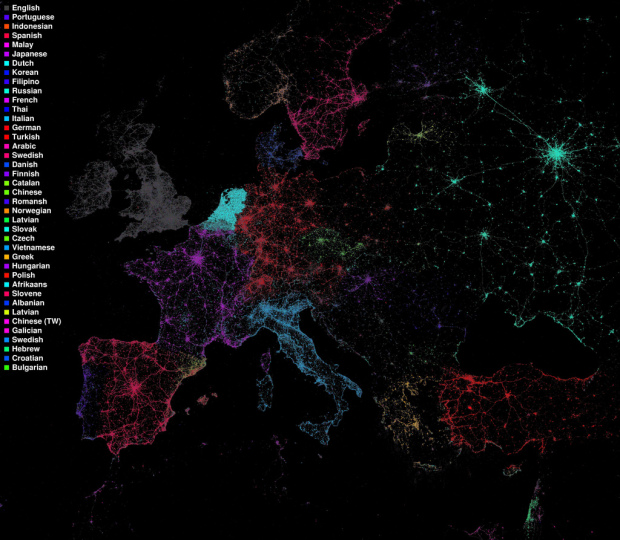 Eric Fischer maps language communities on Twitter using Chrome’s open-source language detector. Each color, chosen to make differences more visibly obvious, represents a language. English is represented in dark gray, which is used just about everywhere, so it doesn’t obscure everything else.

The emergence of borders without actually drawing them in is interesting. There’s a little bit of blending, but the splits are pretty well-defined. Especially in the Netherlands, where the tweet dispersal seems to be abnormally dense in that area. What’s going on over there?

There’s also a world version, but Europe is where all the action’s at.