On the Launch of Visually

A couple of weeks ago, Visually, a new infographics-based startup, launched with a warm reception among all the popular tech blogs. I didn’t post about it right away for a couple of reasons. The first is that I’ve been sick for the past couple of weeks, and it’s been hard to think in between all the nose-blowing. Seriously, this cold will not die. Secondly, I wasn’t sure how I felt about the new site (partially due to the first reason). Now that I’ve let my thoughts simmer, it’s clear that Visually has potential, but it’s way too early to tell if it will actually work.

Visually has online tools in the works to make the graphic design process more approachable to the masses, but in its current state, the site is more like a design-heavy Visualizing.org. It’s a catalog of infographics, most of them designed as visual snacks, which shouldn’t be surprising considering the team. This isn’t necessarily a bad thing. I’ve posted a few of the infographics highlighted on the Visually homepage here on FlowingData. But I can’t help but feel it’s more about pretty pictures and traffic than it is about making sense of data. 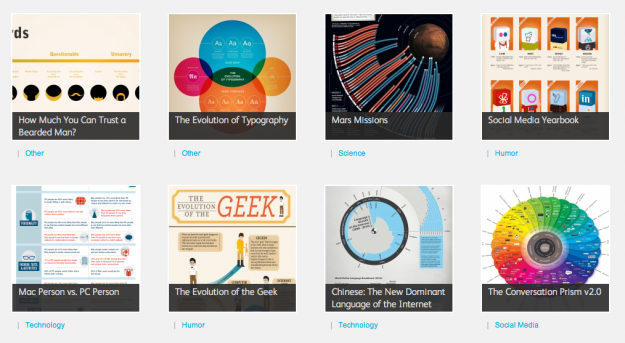 Before I even got a chance to poke around the site, the general sense I got from the designers I follow wasn’t very good.

Some weren’t happy with their graphics being posted on the site out of context. Many graphics are designed to fit in with text and don’t make a whole lot of sense on their own. I get where the designers are coming from, but stuff like this happens regardless on blogs, news sites, etc. At least there’s a source link so that people who care can get more information.

The part about Visually that could be a deal breaker for many (and is worth careful consideration) is the terms of service. Correct me if I’m wrong, but this part under User Submissions seems to say that if you upload or share a graphic that you designed, Visually, or rather, something called GraphCast, is allowed to use, edit, and “exploit” your work any which way:

By submitting the User Submissions to GraphCast, or displaying, publishing, or otherwise posting any content on or through the Sites or the Service, you hereby do and shall grant GraphCast a worldwide, non-exclusive, perpetual, irrevocable, royalty-free, fully paid, sublicensable and transferable license to use, modify, reproduce, distribute, prepare derivative works of, display, perform, and otherwise fully exploit the User Submissions in connection with the Sites, the Service and GraphCast’s (and its successors and assigns) business, including without limitation for promoting and redistributing part or all of the Sites (and derivative works thereof) or the Service in any media formats and through any media channels (including, without limitation, third party websites).

The terms are actually specified for a site called graphcast.com, but all you get is an error message: “The service is not available. Please try again later.”

Coming back to the tool, Robert Kosara, an adviser to Visually, says that it’s disruptive technology. It looks like a stripped down Adobe Illustrator for graphs. 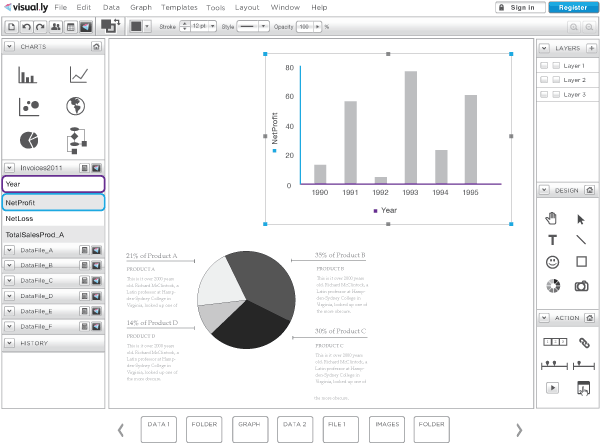 Is it disruptive? I don’t know, I haven’t used the tool. For the masses, it could be useful. Is it worth $100 to $250 per month? That could be a tough sell. I’m personally fine with my R to Illustrator workflow, but again, I’m not in the target audience.

I asked CEO Stew Langille where he saw Visually in a couple of years. His response:

I see Visually being the most compelling platform for data visualization. The largest community of visualizations, the ability to create and share visualizations, and an educational resource to introduce data viz to the masses. We see ourselves not only increasing the supply of data viz tools and resources, but growing the demand as well. We will be market makers for the industry.

They will get lots of eyeballs for sure. The team and their partners are experts in marketing and social media, so there will be some community that develops. What type of community is still up in the air. For example, Visually has a Twitter tool that lets you compare two accounts. Enter two usernames, and you get an instant infographic. Here’s the meat of the graphic comparing @aplusk to @cnn. (It reminds me a lot of this.) 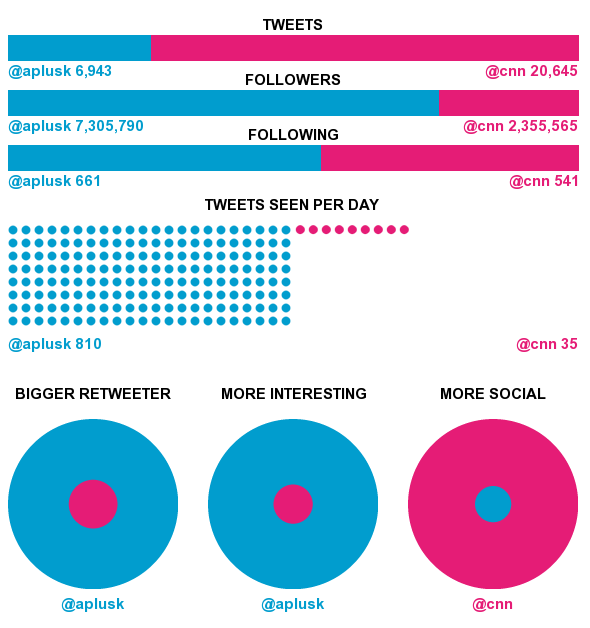 It’s great that you can get this big graphic for such little effort, but I’m disinterested. There are lots of people, however, looking for some quick entertainment. For me, Visually is one of those sites that I want to like. There’s just not enough there right now for me to get excited about it. Maybe in a couple of years I’ll be singing a different tune, but right now, there’s still a lot of work to be done.

What are your first impressions?