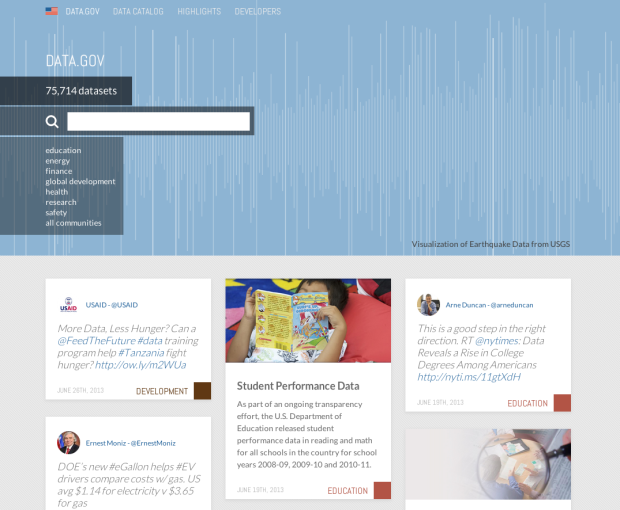 After budget cuts a couple of years ago, I assumed Data.gov was all but dead, but apparently there’s a new site in the works.

The original version of Data.gov was hard to use, and you rarely found the data you wanted. I always ended up on Google and landed on the department’s source instead. It looks like they improved the interface, and their aim is towards a community built around the data where people can share projects and analyses.

However, the data available on the site still looks slim and dated, which was a challenge with the original version. I mean the homepage says you can search 100s of APIs and over 75,000 datasets, but then click over to the Data Catalog and it says only 409 datasets found. So there’s still work to be done.

I’m glad the project is still alive though. We’ll have to see where this goes.