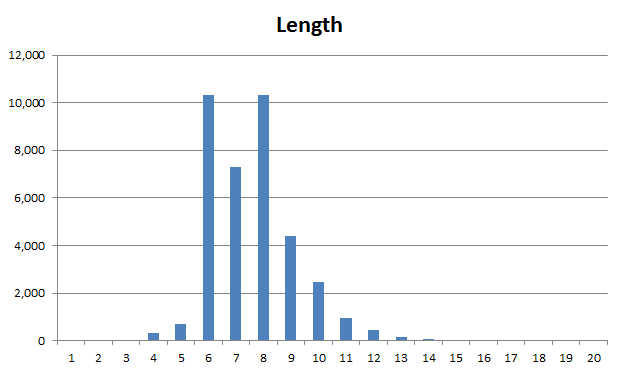 A little over a week ago, Sony was hit yet again with another security breach — this time over one million passwords, that were stored in plain text, were released into the wild. Software architect Troy Hunt took a closer look at the dataset and found just how predictable people’s passwords are.

We know passwords are too short, too simple, too predictable and too much like the other ones the individual has created in other locations. The bit which did take me back a bit was the extent to which passwords conformed to very predictable patterns, namely only using alphanumeric character, being 10 characters or less and having a much better than average chance of being the same as other passwords the user has created on totally independent systems.

It can be a pain to keep track of a lot of different passwords for every site, but it just might save you much bigger headaches later on. Avoid actual words at the very least. Or maybe someone should hurry up and let us access our accounts via eye scanners.