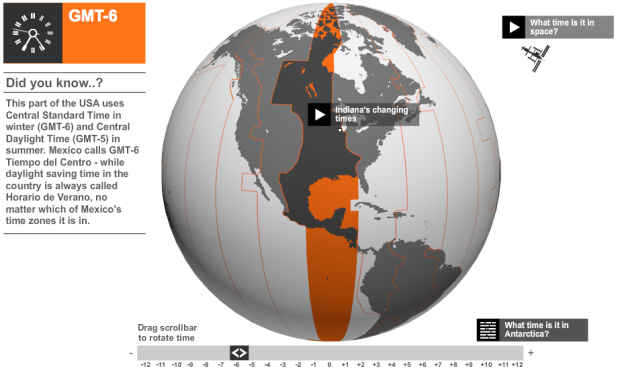 Do you understand how time zones work around the world and when exactly you need to move your watch forward or back? Me neither. BBC News provides a brief history of time zones via interactive globe.

Theoretically, the world should be divide into 24 equal time zones, in which each zone differs from the last by one hour. But as the years have passed, the world has turned into a much more complicated place. Time zones are now much more irregular and sometimes seem positively eccentric, affected as they are by political, geographical and social changes in the real world.

Rotate the globe to see where each time zone lands. Some of the zones seem relatively straight, but even in some areas like the GMT-2 time zone, there’s some crookedness. There must be some small islands there or something. It’s either that or the Royal Observatory is fond of puzzles. No, there aren’t any other options. 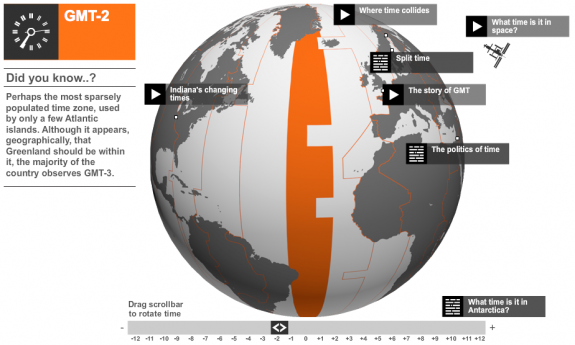