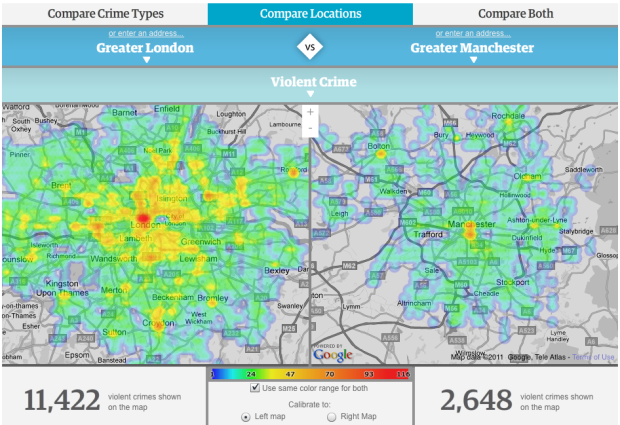 After a sluggish launch by police.uk to unleash local crime data, the Guardian and Doug McCune teamed up to provide a tool that lets you compare crime rates in different England cities:

The government’s recent launch of police.uk saw a phenomenal public reaction. Within hours of going live, millions of users had attempted to gain access to maps permitting street-level scrutiny of crime incidents across the UK. Dogged by “technical problems”, the site was reported by many to have failed in the face of public interest. Although the servers now seem much more capable of dealing with ongoing demand, we couldn’t help but wonder if we could offer people some alternative ways to compare and contrast crime levels around the country.

[Guardian | Thanks, Doug and Simon]