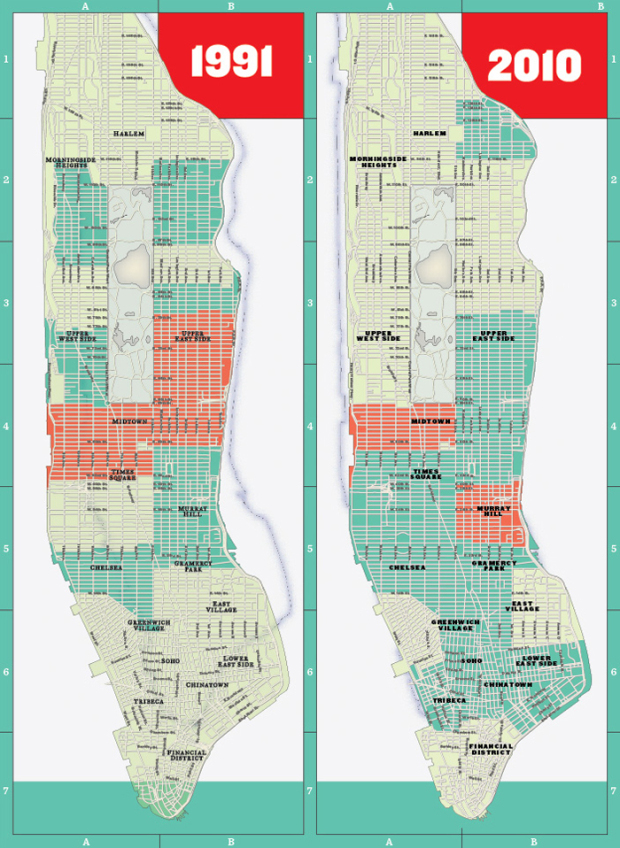 Sudhir Venkatesh, a professor of sociology at Columbia University, along with his students, has been studying the sex work industry since the 1990s. In a recent article for Wired, Venkatesh describes how the business has changed over the past couple of decades.

Technology has played a fundamental role in this change. No self-respecting cosmopolitan man looking for an evening of companionship is going to lean out his car window and call out to a woman at a traffic light. The Internet and the rise of mobile phones have enabled some sex workers to professionalize their trade. Today they can control their image, set their prices, and sidestep some of the pimps, madams, and other intermediaries who once took a share of the revenue. As the trade has grown less risky and more lucrative, it has attracted some middle-class women seeking quick tax-free income.

In addition to the map, there’s a collection of facts and figures such as cost for certain acts and tools of the trade (SFW).

The sample size is 289, spread out over two decades, and I’m not sure what the sampling method was, so take that into consideration as you read it over, but nevertheless, it’s an interesting look into the world.