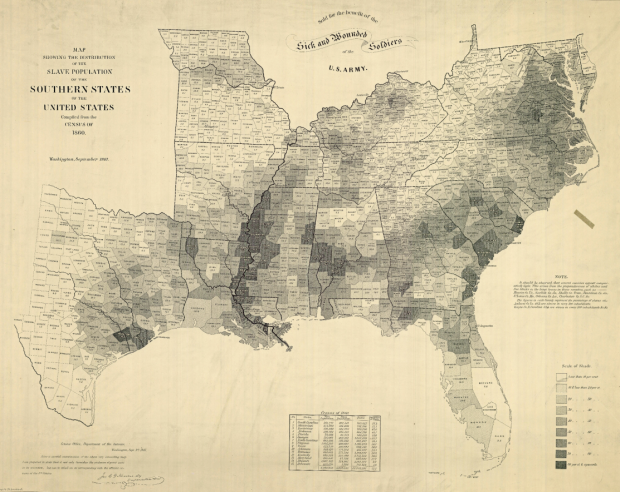 In 1864, drawing on the most recent 1860 Census data, the United States Coast Survey issued this choropleth map depicting counties with relatively high slave populations. President Lincoln was seen looking over the map so often that it was included in Francis Bicknell Carpenter’s painting “President Lincoln Reading the Emancipation Proclamation to His Cabinet.”

Carpenter spent the first six months of 1864 in the White House preparing the portrait, and on more than one occasion found Lincoln poring over the map. Though the president had abundant maps at his disposal, only this one allowed him to focus on the Confederacy’s greatest asset: its labor system. After January 1, 1863—when the Emancipation Proclamation became law—the president could use the map to follow Union troops as they liberated slaves and destabilized the rebellion.

How’s that for a powerful map?