Average age of Congress over time 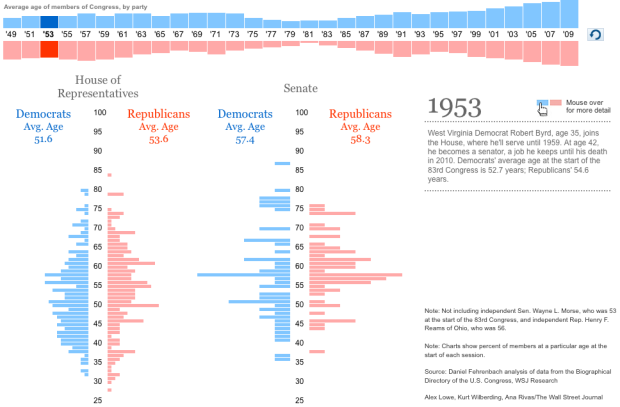 I don’t know about you, but I tend to associate Congress with an older generation. Just how hold are the folks who make up the Senate and House of Representatives? Alex Lowe, Kurt Wilberding, and Ana Rivas report for The Wall Street Journal with this interactive timeline and histograms.

The top shows average age of members while the histograms below show the distribution of ages for the current year. Roll over elements for details on age groups, etc.

On initial load, the animation plays through the years and the histograms change with it. So what you see is a subtle shift of the pyramid up the age scale. Sort of. The shift is actually so subtle that’s it’s pretty hard to notice. Maybe wider bins that cover a range more than a year would make the shifts more obvious? That might have made the fluctuations look more like this, which I think was the inspiration for this WSJ piece.

It’s good work, but I almost want to say it’d be better as a series of histograms per decade so that you can see everything at once. It’s hard to to say without actually trying it for myself though. What do you think? 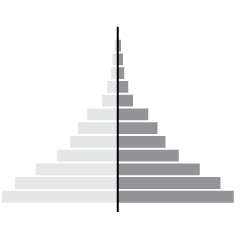