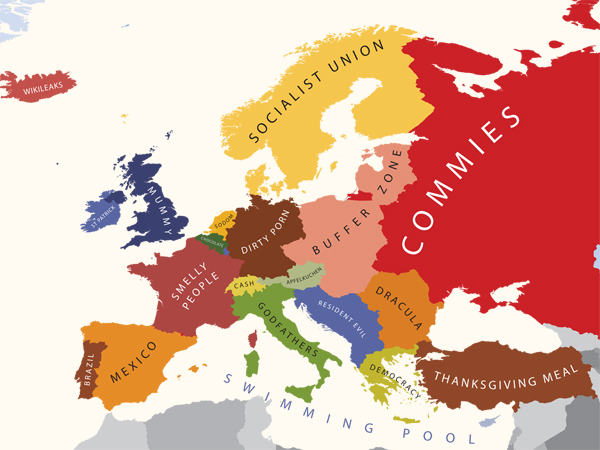 We tend to see the world in different ways, depending on what part of the world we live in. If you’ve never been to California, you probably associate it with Hollywood and surfers. If you’ve never been to the midwest, you think corn and potatoes. Of course, these regions have much more going for them and are a far more varied. Still, the stereotypes are amusing. I couldn’t help but chuckle when an old roommate came from Washington to Los Angeles and thought he was going to see movie stars on every block. Boy, was he surprised. It was only every other block.

Here’s Europe according to Britain. 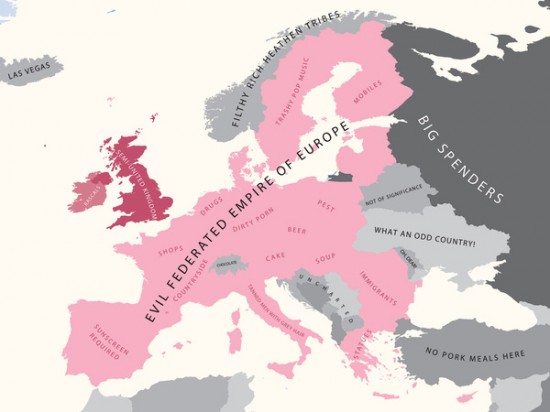 And Europe according to Germany. 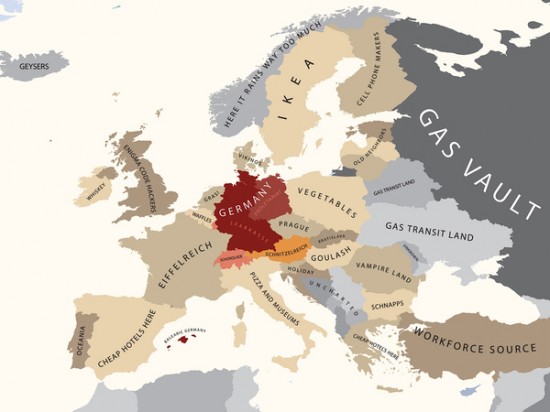