Another view of Inception, with the kicks this time 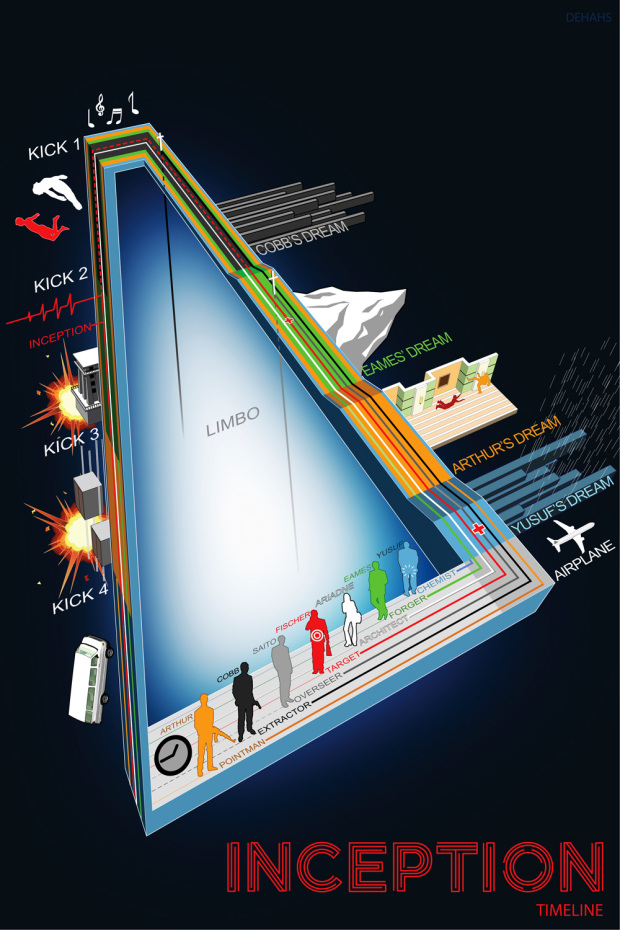 Here’s another timeline of Inception from deviantArt user, dehas. This one has the kicks in it. Start on the bottom left, and follow the character lines counter-clockwise. Lines end as characters die off in each level.

The 3-d angles are a little weird, but doesn’t take away from the graphic too much, if you’ve seen the movie. Joseph Gordon Levitt’s tweet about the graphic just about sums it up: “Diagramming #Inception – The movie itself makes way more sense than this, but it’s a beautiful graphic.” Can’t get a much better recommendation than that.

Which one do you prefer: this one or Sean Mort’s flowchart? Sound off in the comments below.

Also: the confusion still remains. Was level 4 a dream, or did Cobb and Ariadne follow Fischer into Limbo? This graphic shows the former, but Sean revised his showing the latter.