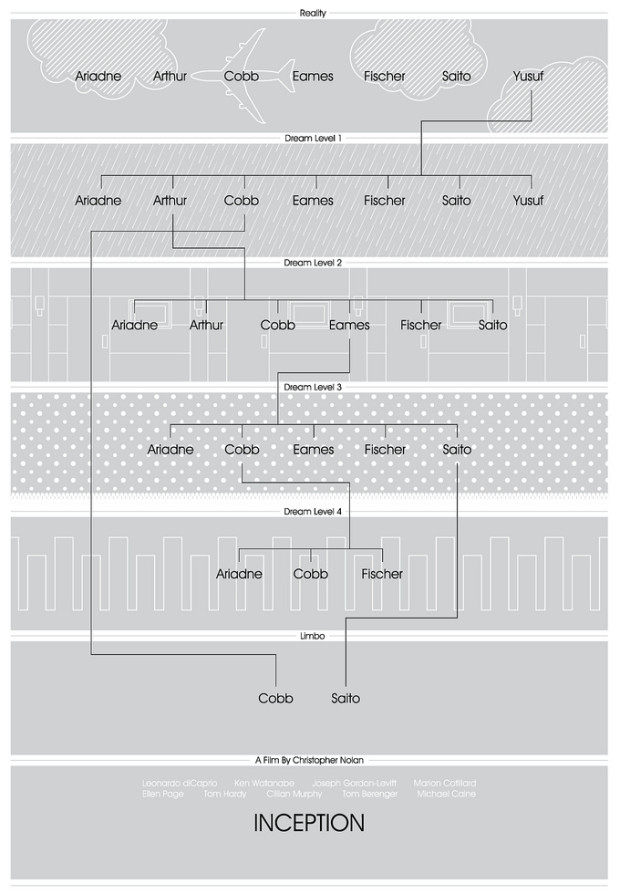 You knew this was coming. I’d call spoiler alert for those who haven’t seen Inception yet, but honestly, this flowchart from graphic designer Sean Mort will just confuse you anyways. If, however, you’ve been fortunate enough to see the mind roller coaster of a film already, Mort’s chart makes perfect sense and might clarify any confusion. Levels and dreamers are labeled accordingly. I think the line for Cobb to Limbo should start at Level 4 though.

Update: Sean provides a revised version after seeing the movie for the third time.