Augmented reality taken to the extreme 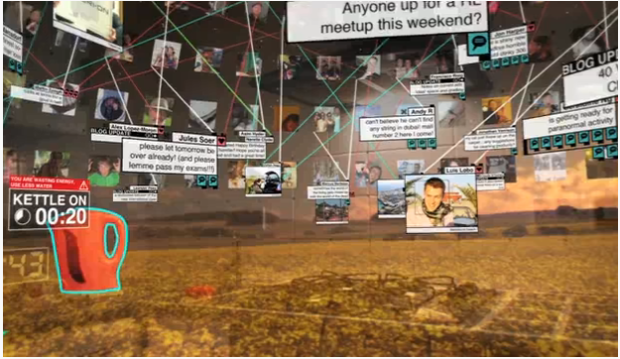 Augmented reality, a computer trick to place the virtual within the real world, has barely cracked its way into most of our lives, but it’s easy to see how such a tool could get out of hand. At some point, we’re going to have to raise our hands and say, “Okay, stop that’s enough information. My head hurts.” Or will we? Recent architecture grad Keiichi Matsuda explores the possibility of an augmented (hyper)reality where information is everywhere you go (video below).

The latter half of the 20th century saw the built environment merged with media space, and architecture taking on new roles related to branding, image and consumerism. Augmented reality may recontextualise the functions of consumerism and architecture, and change in the way in which we operate within it.

There’s so much augmentation in fact that it becomes hard to tell where virtual end and reality begins.