Discuss: Powerpoint is the enemy? 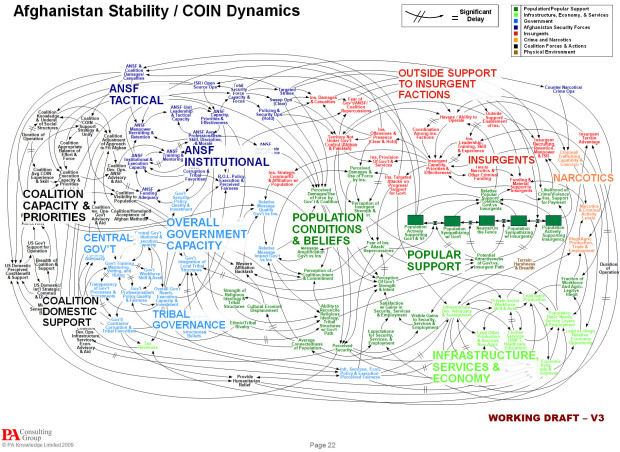 In reference to the above, Gen. Stanley A. McChrystal, leader of the American and NATO forces in Afghanistan, joked during a meeting, “When we understand that slide, we’ll have won the war.” The rest of the NYT article goes on to describe the suck that is Powerpoint.

Is Powerpoint really that bad though? I know we like to poke fun sometimes, but is it a limitation of the software, or is it users’ lack of design skills? I mean there’s a site dedicated to beautiful slide decks. Browse through those, and you start to think maybe it’s the latter.

So we have a chicken-and-the-egg problem. Do people just not know how to use Powerpoint or does Powerpoint push people to the bad side? Sound off in the comments below.