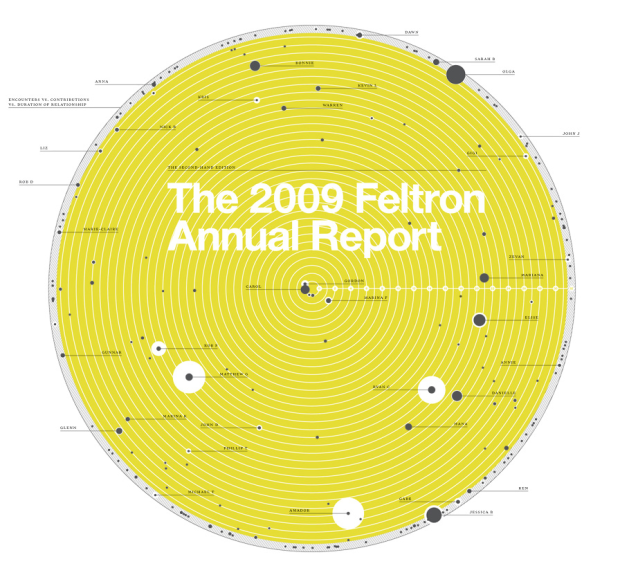 Nicholas Felton’s personal annual report on his life is now up. For those not in the know, Felton makes this report every year based on data he has collected about himself. People see the report, and think to themselves, “I want that for my life.”

Usually he collects data himself, but in 2009 he gave a card with a URL to everyone he interacted with, and they in turn filled out their assessments of him.

I kept track only of who I gave survey invitations to, the number of the card and where it was given. The surveys answers were submitted via text forms, allowing the respondee to write whatever they desired, and leaving the task of making comparisons between the data up to me.

The end result is a report similar to that of an annual business progress report, only much sexier. 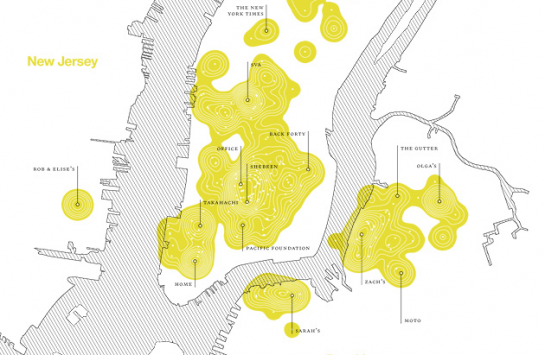 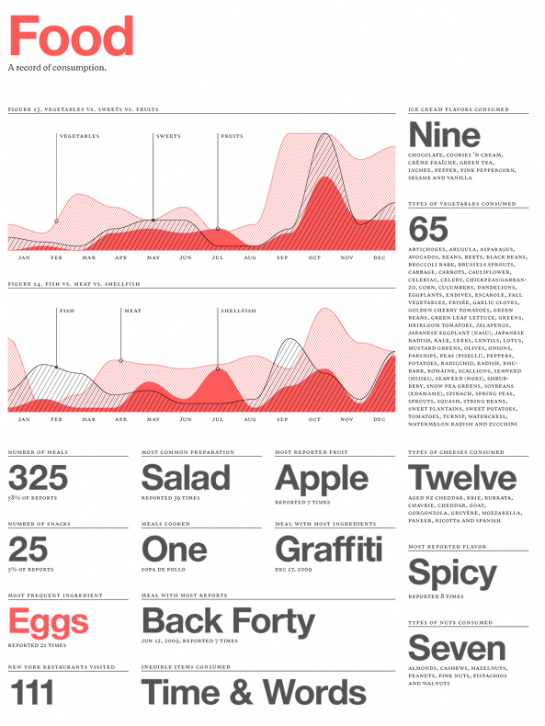 Check out the full report here, and pre-order yourself a letterpressed copy, shipping out in March. Or even better – start collecting data about yourself and make your own report.