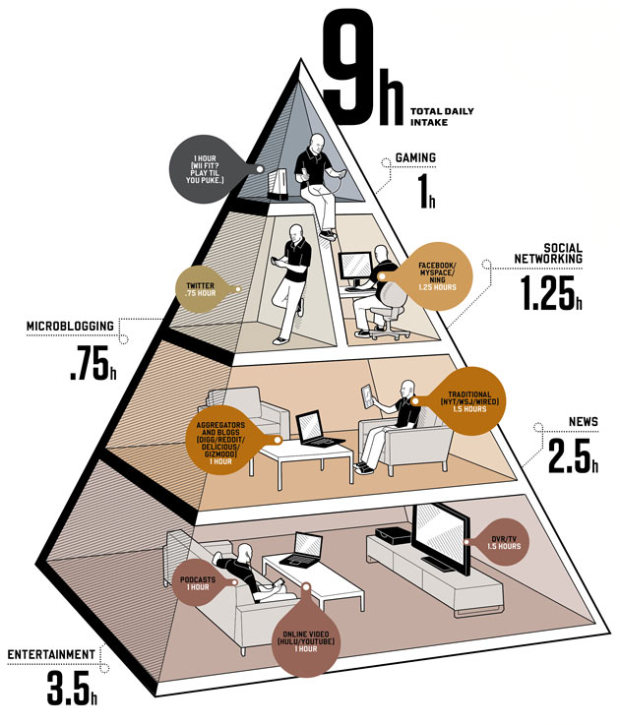 In the August issue of Wired are the New Rules for Highly Evolved Humans. On the cover is a picture of Brad Pitt wearing a bluetooth headset. Rule number 52 reads: “Ditch the headset. He can barely pull it off â€“ and you’re not him.” Clearly these are confusing times, but you’re in luck, because Wired has mapped out how you should properly deal with this new way of living. Stick to the new rules and the media diet above (by Jason Lee) and you’re good as gold.