Is the Economy Getting Ready to Turn Around?

Is the economy going to turn around any time soon? How does this economic swing compare to previous cycles? Amanda Cox et al of the New York Times explores these ever so important questions in her recent nine-part interactive series.

In a nutshell, the series is a story of business cycles starting at expansion, to slowdown, then downturn, to recovery, and we go in circles: 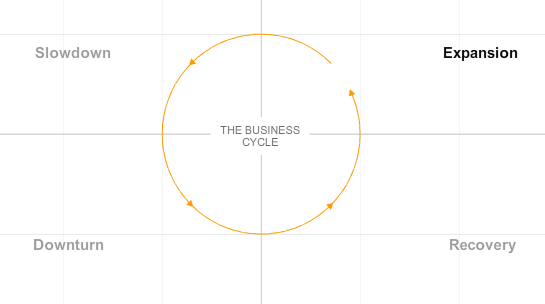 From there, we see the current cycle via industrial production in comparison to not just previous cycles (1969 to present), but also OECD leading indicators. It’s animated, it’s interactive, it’s sexy.

Go take a look for yourself. It’s pretty interesting once you take a couple of minutes to wrap your head around what you’re seeing. I’m thoroughly impressed, and I feel a little bit smarter, which is saying something, because I’m an economic buffoon.

What do you think – is this interactive totally awesome or is the material kind of over your head?

This of course is not the first time this data has been visualized. Here are three other versions. Two use a similar concept while the remaining uses an indexed time series. However, while similar, the goals of each are different.

This one is from the Bureau of Statistics in Netherlands: 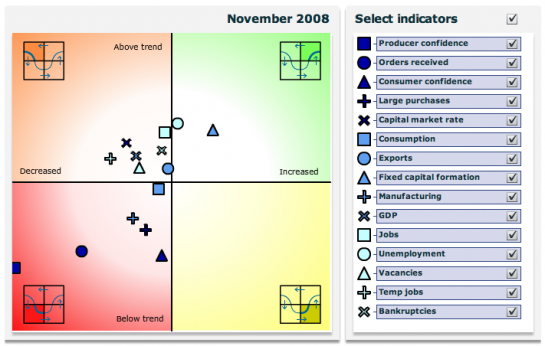 This one form the OECD: 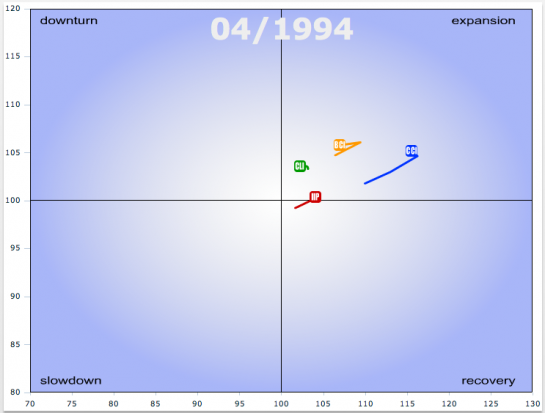 Finally, this is from the Federal Reserve Bank of St. Louis: 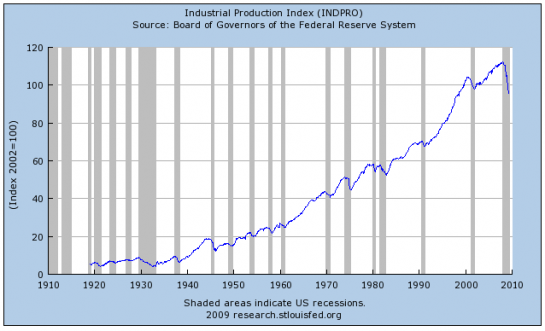 The NYT version plays out like a news story; the Netherlands and OECD ones are more like analysis tools with filters and more indicators; and the St. Louis fed uses a more traditional chart.

It’s pretty clear which is better aesthetically, but what about from a data perspective?