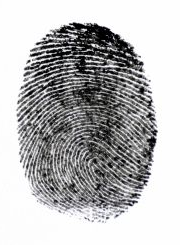 There’s a lot of crime data. For almost every reported crime, there’s a paper or digital record of it somewhere, which means hundreds of thousands of data points – number of thefts, break-ins, assaults, and homicides as well as where and when the incidents occurred.

With all this data it’s no surprise that the NYPD (and more recently, the LAPD) took a liking to COMPSTAT, an accountability management system driven by data.

While a lot of this crime data is kept confidential to respect people’s privacy, there’s still plenty of publicly available records. Here we take a look at twenty visualization examples that explore this data.

Oakland Crimespotting. We’ll start with Stamen Design’s exploration tool. . Pan and zoom the map and filter crimes by type (e.g. aggravated assault, murder). Use the time series chart to browse by day or use the brand new ‘time of day’ browser, which looks a lot like an old school cooking timer. Stamen’s Crimespotting is certainly one of the more elegant solutions of the bunch, especially with that new custom base map. 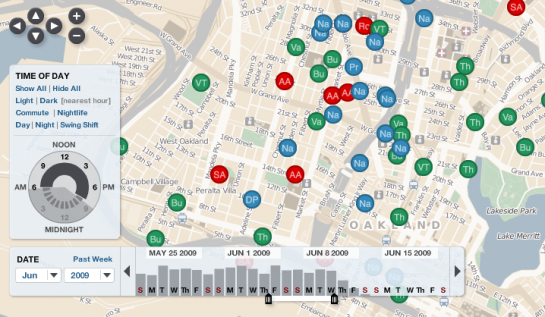 CrimeReports. It’s always interesting to see the same data displayed through different goggles. CrimeReports uses Google goggles (as do many others). 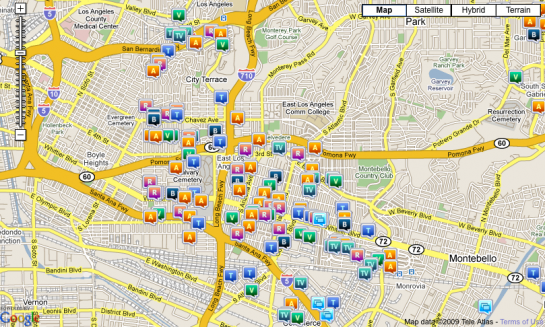 Everyblock. What started as ChicagoCrime.org, Everyblock reports on local crime (along with other events). Custom maps and interface-embedded graphs on Everyblock make for a smooth user experience and I believe serve as some of Stamen’s inspiration. 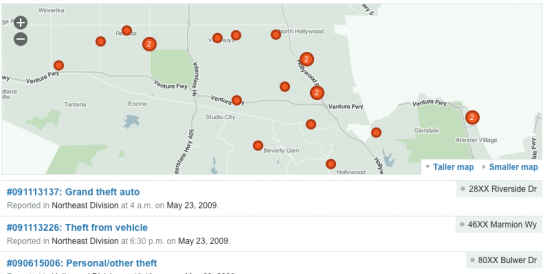 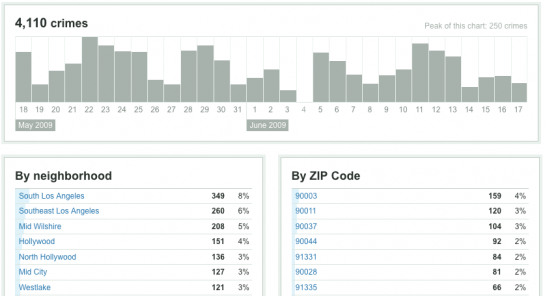 San Francisco crime map. This map is kind of dated (2003), but it’s nice to see old stuff sometimes. Here we see crime rate by block. Maybe this walkability map could be a good style idea for crime map 2.0. 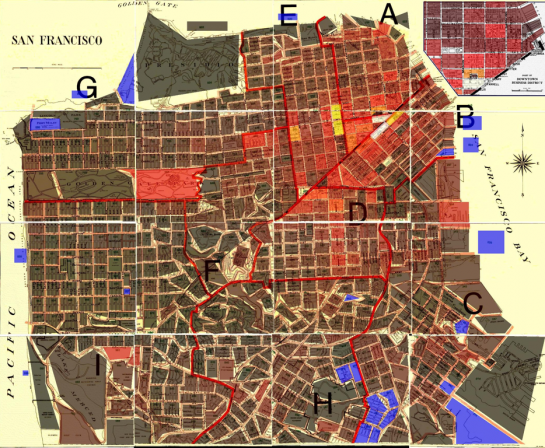 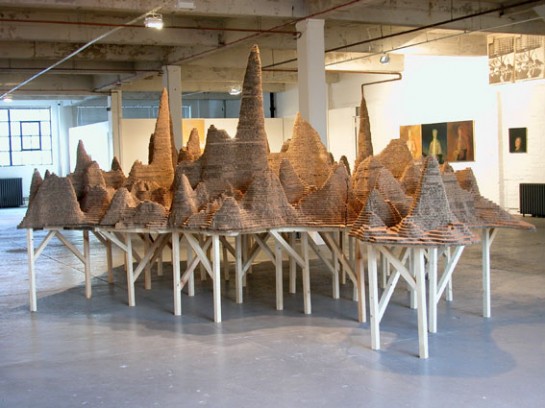 London crime mapping. From the Metropolitan Police in London is this thematic map that colors areas by level of crime. Red shows high and baby blue indicates below average. Click on regions for more details on the area. 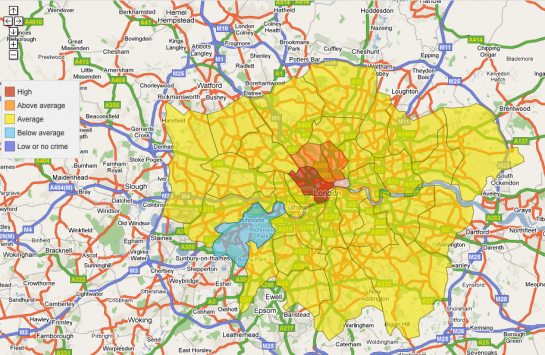 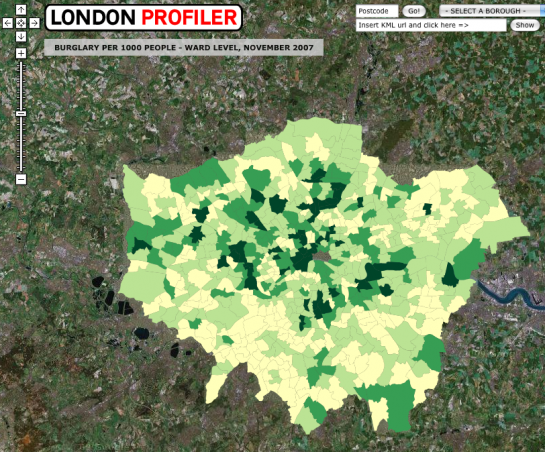 New York Homicides Map. The New York Times shows that even though you use the Google mapping API, your map doesn’t have to look Googley. Browse New York homicides by type, those involved, and by time. Roll over incidents to get more details about a crime. 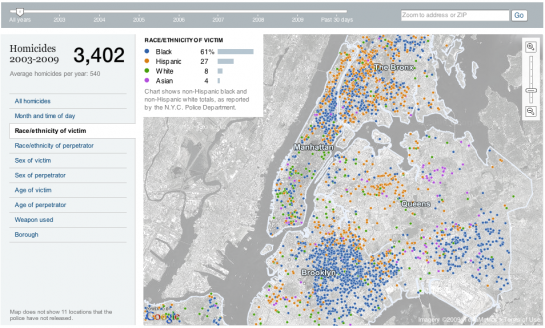 Murder in New York. This old map from The New York Times was made back in 2006. It’s a straight-up Google mashup, and I put it here strictly for comparison. It’s fun to see how far NYT has come with interactive graphics on the Web, or maybe just all interactive graphics in general. 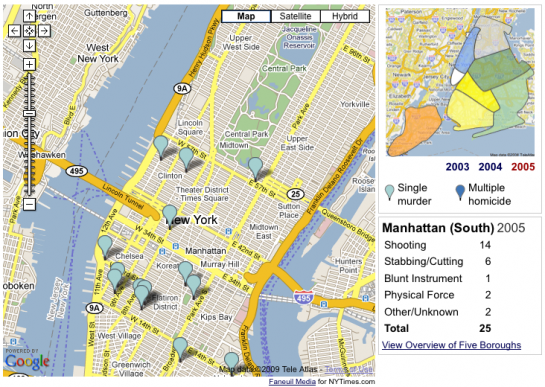 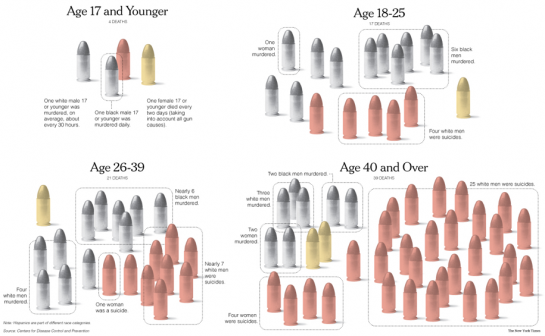 Murders map. The Philadelphia Enquirer with a map and filters to show homicides that occurred in Philadelphia during 2006. 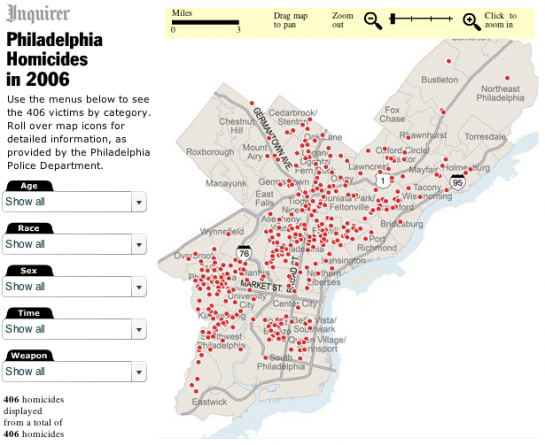 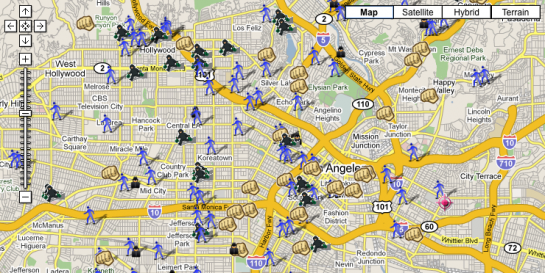 Tampa Bay Mugshots. Welcome to the wall of shame. Commit a crime and your mugshot just might end up on this wall too. Fingers crossed. Below the browseable mugshot slides are histograms of criminal demographics. 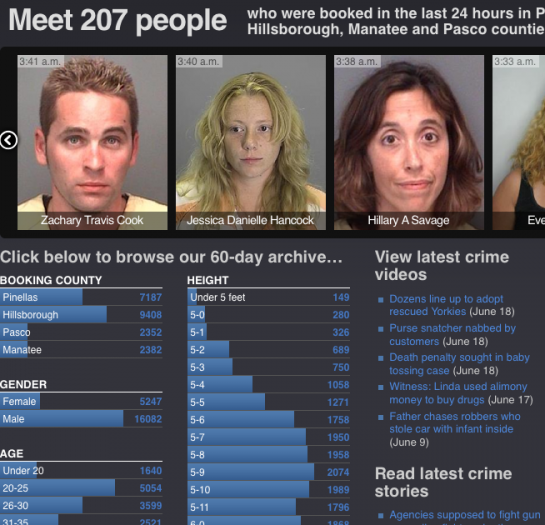 Flash Face. I had some fun with this one. Flash Face lets you become a sketch artist. Choose hair, head, eyebrows, and all the other details of the face to compose your own criminal sketch. Export and print to create a wanted poster of that neighbor you don’t like. 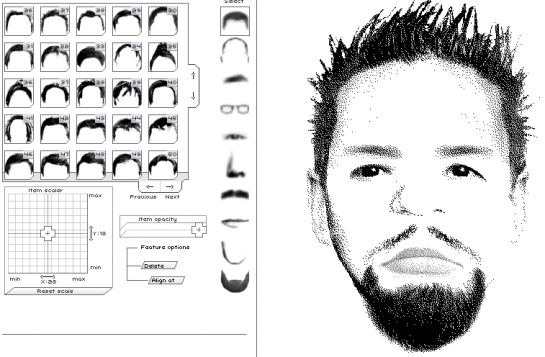 Bernie Madoff Victim Map. Bernie Madoff, the former non-executive chairman of the NASDAQ stock exchange. He screwed over a lot of people. This map shows the locations of the thousands of investors Madoff defrauded. 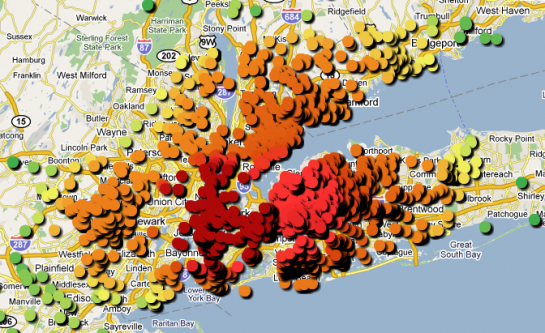 Los Angeles Times Homicide Map. This graphic from the LA Times provides a similar tool to that of previously mentioned NYT article. The top graph shows weekly toll counts in the Los Angeles area with interactive filters on the left. This map however focuses on the victims rather than the suspects. Click on a marker and get details about the person who was killed. 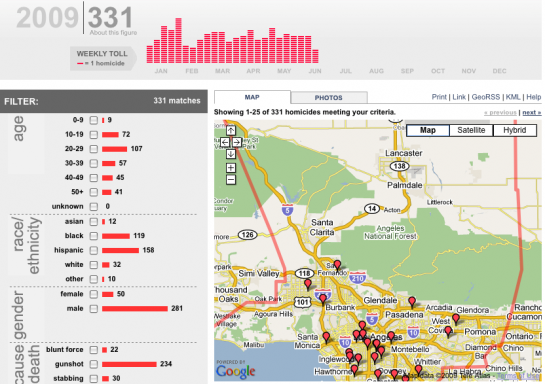 Incident Reporting and Analysis Tool. This prototype from Universal Mind is meant as a potential real-time display of police activity in San Francisco. 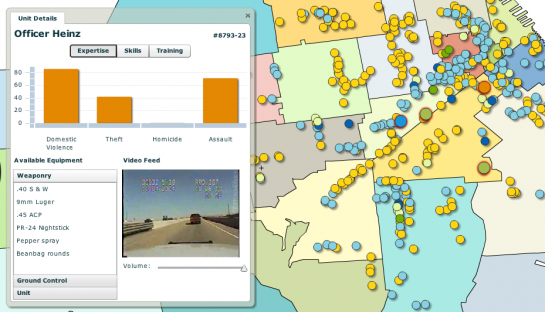 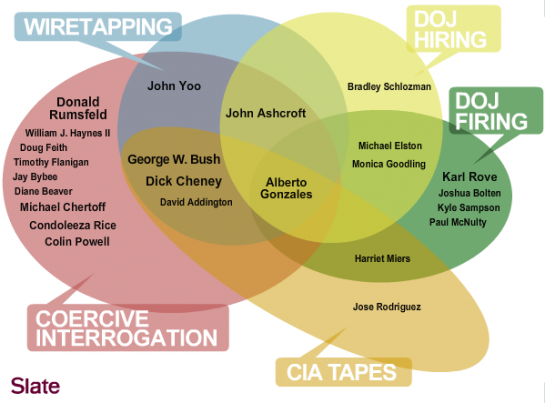 Illustrated Guide to GOP Scandals. Ah yes. The floating-head-on-cartoon-map style I believe is the technical term for it. 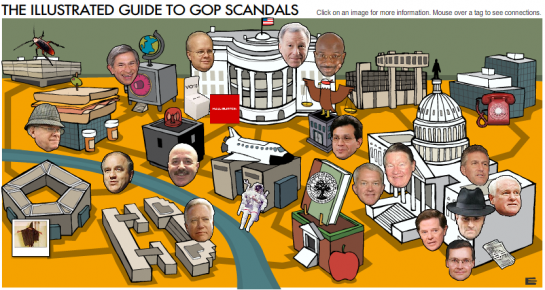 Are there any other visualizations that show crime in your area? Leave a link in the comments.