27 Visualizations and Infographics to Understand the Financial Crisis

I’ve said it before, and I’ll say it again. If there’s anything good that has come out of the financial crisis it’s the slew of high-quality graphics to help us understand what’s going on. Some visualizations attempt to explain it all while others focus on affected business. Others concentrate on how we, as citizens are affected. Some show those who are responsible. After you examine these 27 visualizations and infographics, no doubt you’ll have a pretty good idea about what’s going on.

Visual Guides to the Financial Crisis

Let’s start things off with some comprehensive guides to the financial crisis. Several of these are from GOOD magazine’s recent contest to make sense of it all. 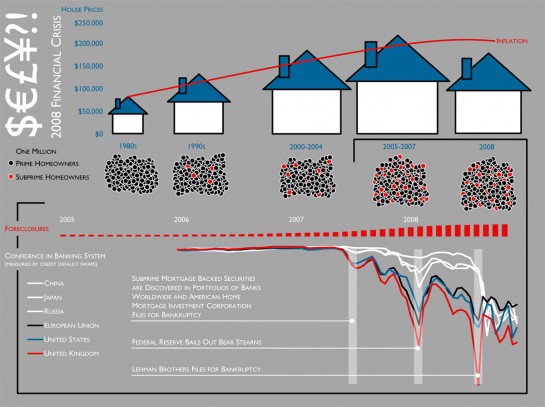 A Visual Guide to the Financial Crisis by Jess Bachman

Jess from WallStats put this together for the Mint blog. I’m pretty sure they have him on retainer. 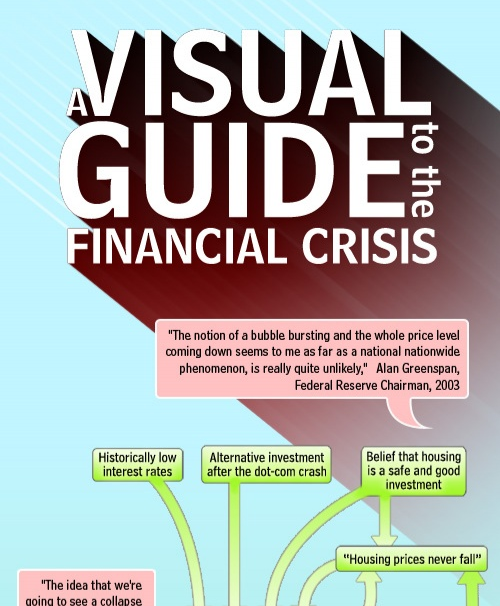 The Global Finanical Crisis by Cypher 13 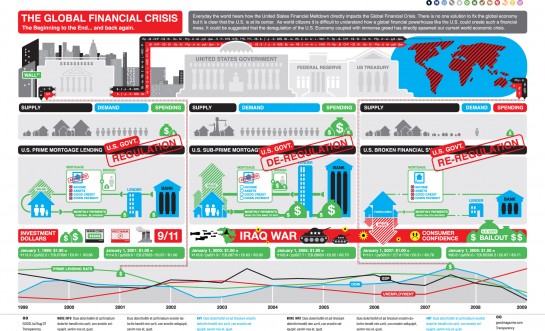 Where Did All the Money Go? by Emilia Klimiuk 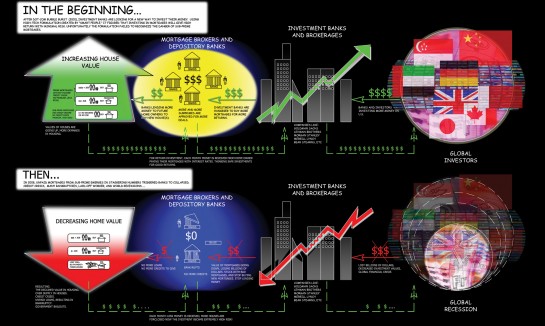 A Closer Look at the Global Financial Crisis by Liam Johnstone 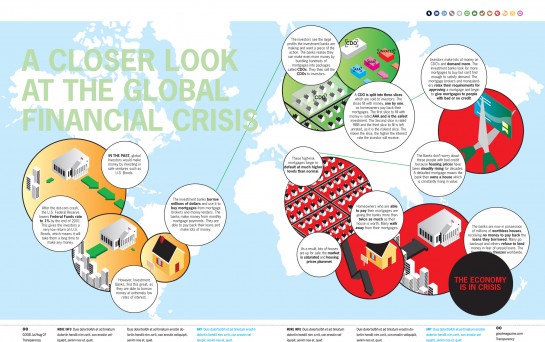 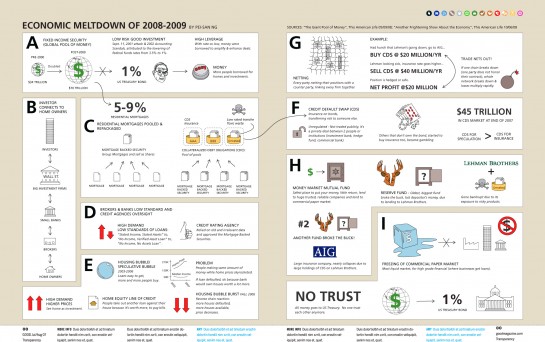 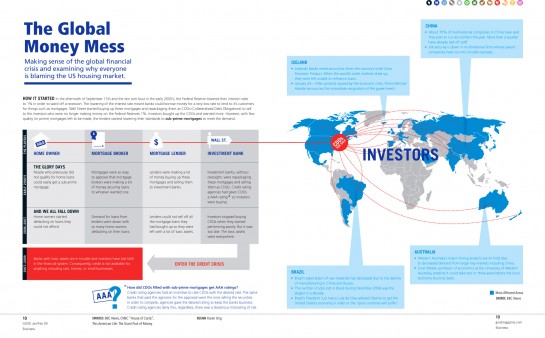 We saw this one a few days ago in animated form.

OK, now that we have an idea of what’s going on here, let’s take a look at the stimulus/bailout plans. The government is handing out a lot of money. Where’s it all going and when? 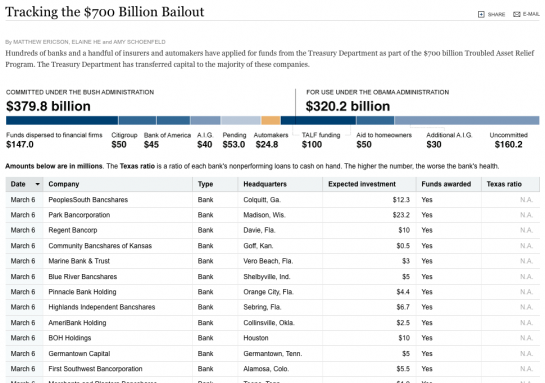 Congressional Voting on the Bailout Plan by The New York Times

Gotta go through a lot of voting before deciding whether or not to spend $700 billion. 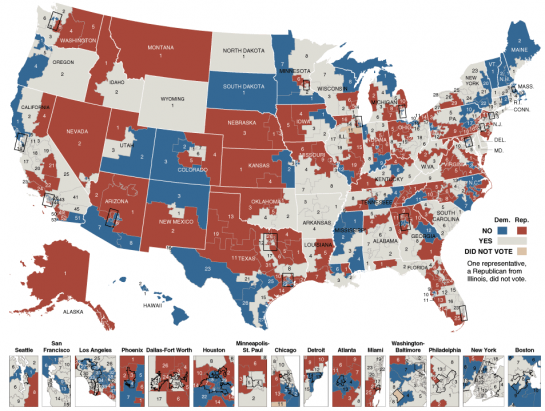 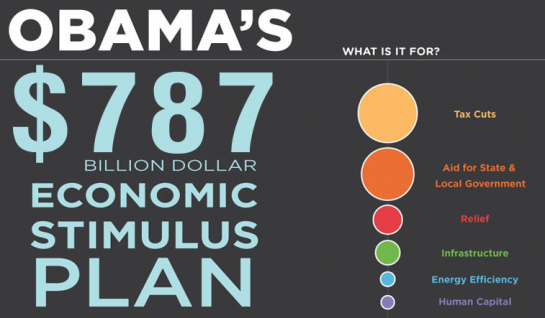 Slicing Up the Economic Stimulus Bill by Associated Press

The Obama administration seems to understand that it’s important to provide information to the public. 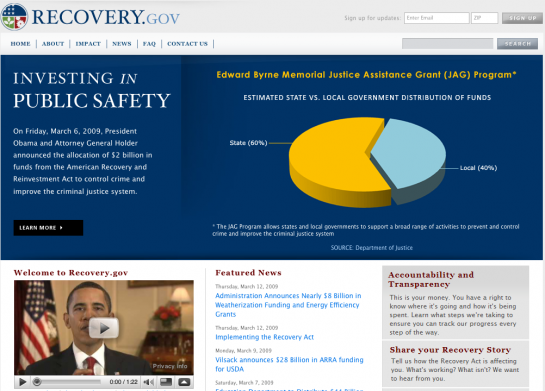 Will the bailout do any good? What effect has the current state of the economy had on big business?

Map of the Market by The New York Times 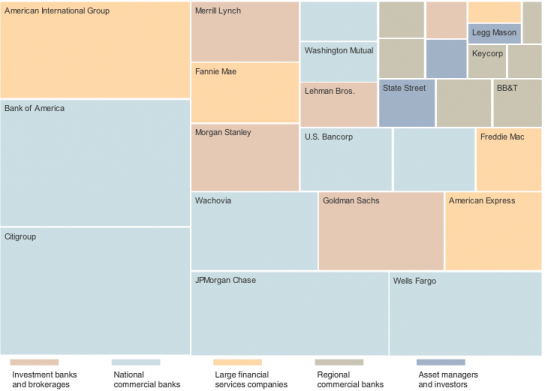 How this Bear Market Compares by The New York Times 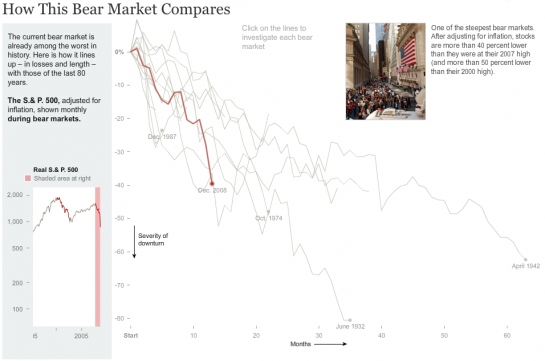 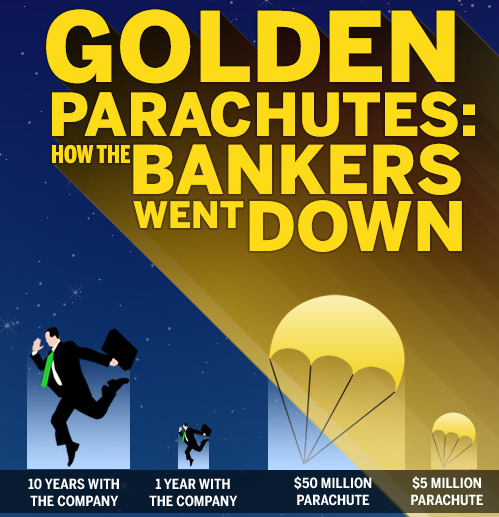 The Fall of GM by Jess Bachman The Cost of Bailing Out AIG via Many Eyes 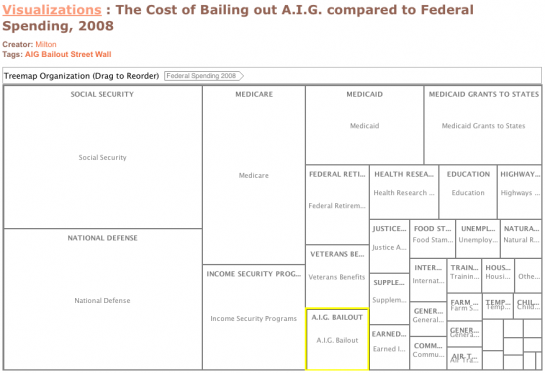 Effects On the Individual

Enough about business. How are you affected? 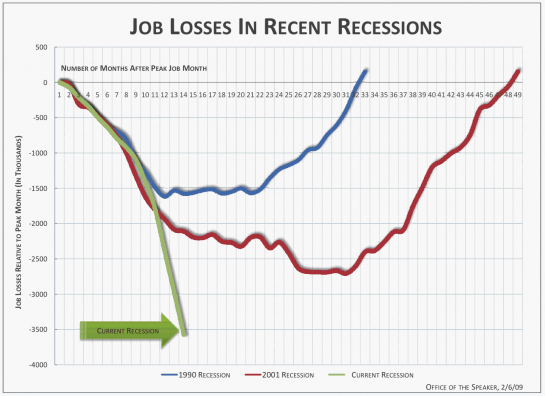 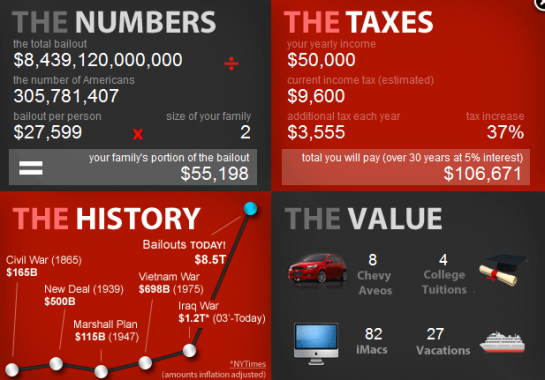 One Trillion Dollars by Mint and WallStats 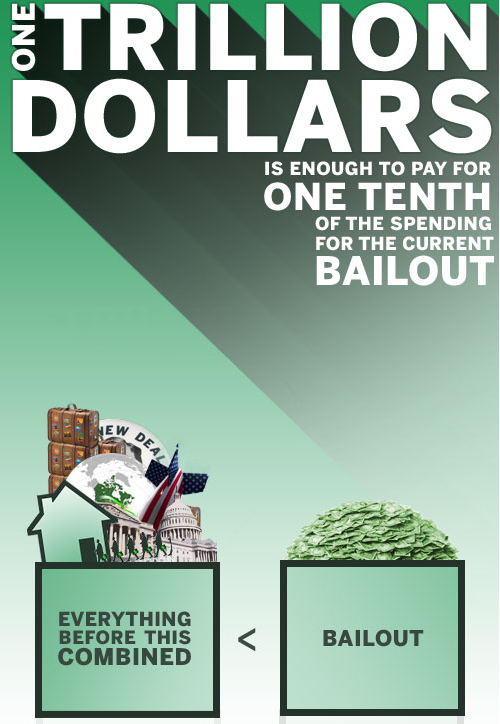 What Does One Trillion Dollars Look Like from PageTutor

Looks at Past Recessions

The best way to prepare for the future is to look at what was done in the past.

A Tally of Federal Rescues by The New York Times 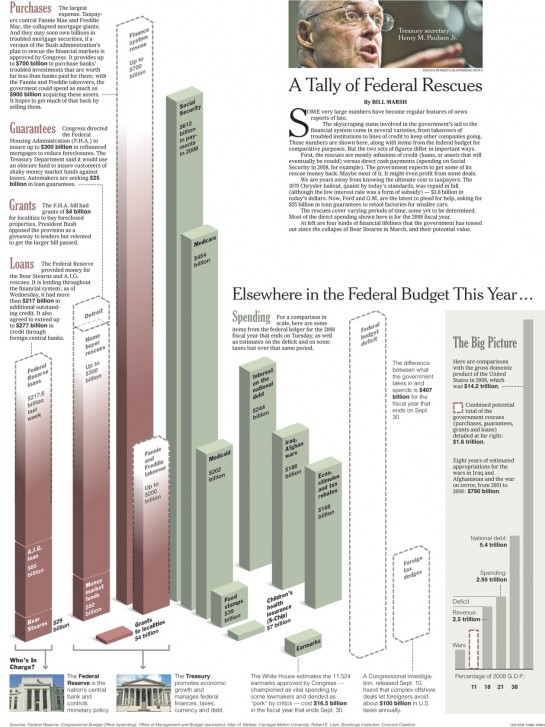 See. I told you that you’d understand a this financial crisis a little better. Did I miss any other stellar graphics?