Because It’s Friday: The Trilogy Meter 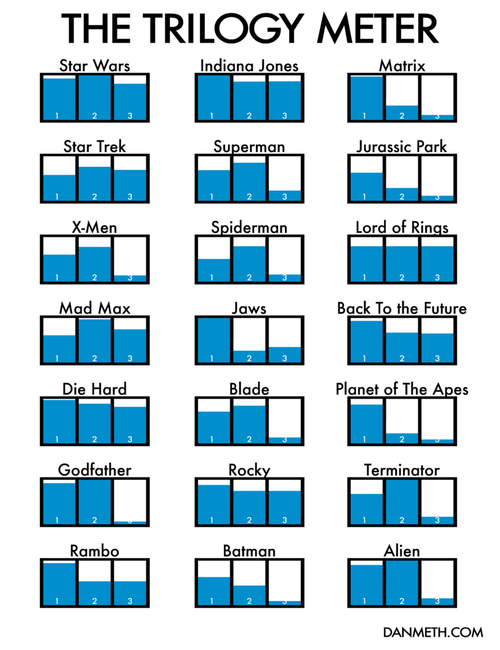 Dan Meth plots out the trilogy meter – a series of charts that show his level of enjoyment of each movie in the trilogy:

These are rated purely on my enjoyment level on each film and nothing else. Frankly Iâ€™m surprised by how many sequels were better than the original. And Iâ€™m not surprised that the 3rd movie is never the best.

Perhaps more surprising is that Dan’s actually seen so many full trilogies, especially after the second in a series sucking so bad.

[via Dan Meth | Thanks, Chris]