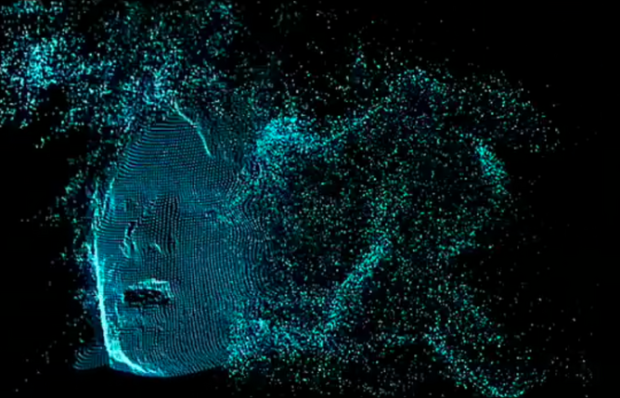 Radiohead’s most recent music video, House of Cards, was made entirely without cameras. Instead the setup involved a rotating scanner, lasers, and lots of 3D data. The music video is all of that 3D data rendered.

No cameras or lights were used. Instead two technologies were used to capture 3D images: Geometric Informatics and Velodyne LIDAR. Geometric Informatics scanning systems produce structured light to capture 3D images at close proximity, while a Velodyne Lidar system that uses multiple lasers is used to capture large environments such as landscapes. In this video, 64 lasers rotating and shooting in a 360 degree radius 900 times per minute produced all the exterior scenes.

Check out the “making of” video for a better explanation that I can provide. I like the part when they talk about distorting the data on purpose because, uh, well that’s something we usually try not to do.

Here’s the final result. There are some really beautiful scenes where the “camera” pans a landscape and it sorta blows away in a billowy wind like a house of cards.