Watching the Growth of Walmart Across America, Interactive Edition 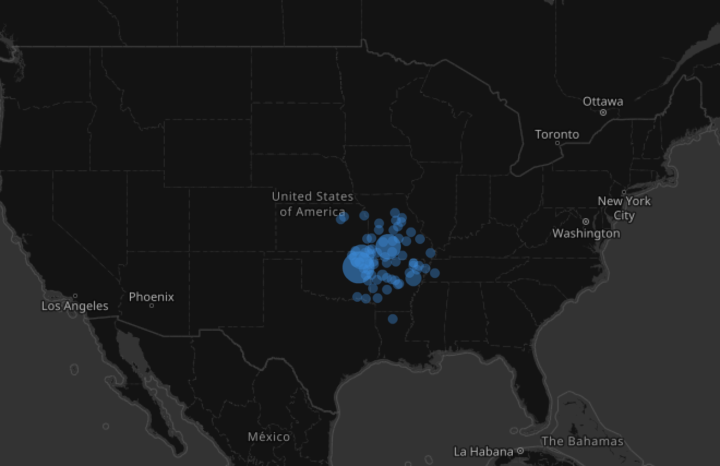 Like what you see? Subscribe to the feed to stay updated on what’s new in data visualization.

When I saw Toby’s Walmart growth video a while back, I was intrigued by what other time-location data Freebase had. A few commented on how it’d be interesting to map the spread of Starbucks along with Walmart and other businesses. I agreed. So I looked, but as it turns out, there’s not a whole lot of opening dates for business other than Walmart. In fact, about 2/3 of the Walmart locations don’t even have dates. Sigh. Maybe another day. Instead, I used the Walmart data as a learning exercise.

My Own Walmart Growth Video

Yesterday I quickly put together my own Walmart growth video using Modest Maps. It has the usual mapping features – panning and zooming – while you watch Walmart spread like wildfire. It starts out slow with the first location in Arkansas in 1962 and then spreads vast in a hurry.

You’ll notice it looks a bit like Trulia Hindsight, because yes, I’m a biter. But hey, imitation is the sincerest form of flattery, right? Actually I just find that trying to recreate things helps me learn more efficiently. Thanks, Tom for the tip on TweenFilterLite, which makes tweening and filtering a lot more straightforward.

UPDATE: Due to popular demand, I added year and store count to the mix. Now for some dramatic music.

UPDATE 2: I got my hands on the complete data (yeah!) and cleaned up the locations, so no more missing stores or stores in the ocean up until 2007.