The role of cartography in early global explorations 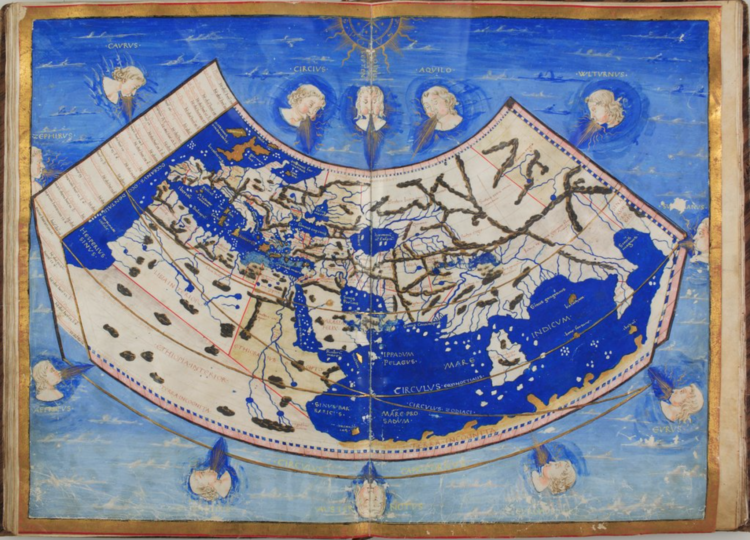 For Lapham’s Quarterly, Elizabeth Della Zazzera turns back the clock to maps used for navigation, starting with the 1300s and through 1720:

From the fifteenth to the eighteenth century, European powers sent voyagers to lands farther and farther away from the continent in an expansionist period we now call the Age of Exploration. These journeys were propelled by religious fervor and fierce colonial sentiment—and an overall desire for new trade routes. They would not have been possible without the rise of modern cartography. While geographically accurate maps had existed before, the Age of Exploration saw the emergence of a sustained tradition of topographic surveying. Maps were being made specifically to guide travelers. Technology progressed quickly through the centuries, helping explorers and traders find their way to new imperial outposts—at least sometimes. On other occasions, hiccups in cartographic reasoning led their users even farther astray.

I particularly liked the part where in fourteen hundred ninety two, Columbus sailed the ocean blue — and made miscalculations because he misread the units on a map and ended up in the wrong part of the world.