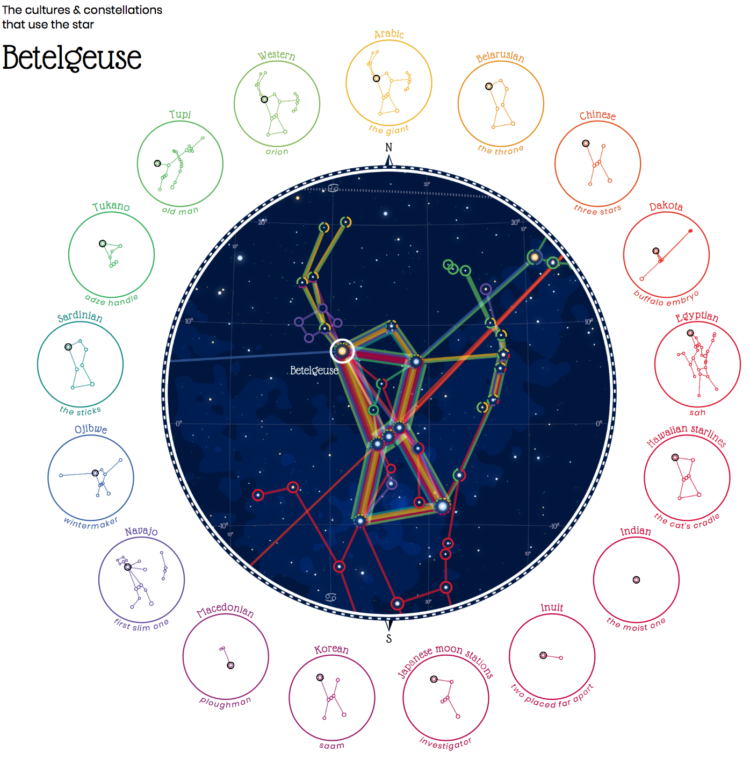 Cultures have formed different stories and pieced together different constellations from the stars, even though everyone are looking at the same thing in the sky. Nadieh Bremer visualized constellations across these cultures that share the same star.

Let’s compare 28 different “sky cultures” to see differences and similarities in the shapes they’ve seen in the night sky. Ranging from the so-called “Modern” or Western constellations, to Chinese, Maori and even a few shapes from historical cultures such as the Aztecs.