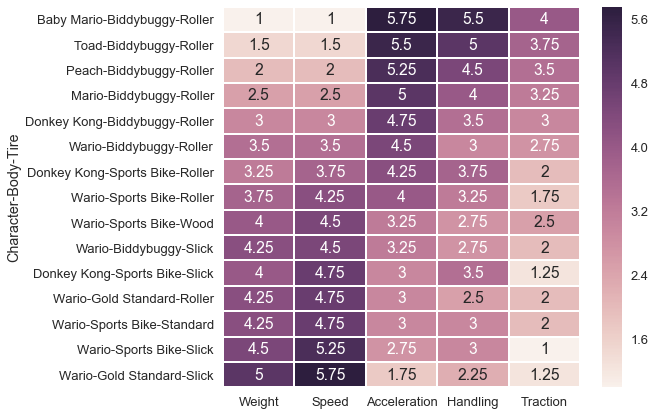 Henry Hinnefeld answers the age-old debate of which Mario Kart character is best, using data as his guide.

Some people swore by zippy Yoshi, others argued that big, heavy Bowser was the best option. Back then there were only eight options to choose from; fast forward to the current iteration of the Mario Kart franchise and the question is even more complicated because you can select different karts and tires to go with your character. My Mario Kart reflexes aren’t what they used to be, but I am better at data science than I was as a fourth grader, so in this post I’ll use data to finally answer the question “Who is the best character in Mario Kart?”

For me, it doesn’t matter. You will smoke me regardless of which character I have, because I am world’s worst video game player.