Sentence gradients to see the space between two sentences 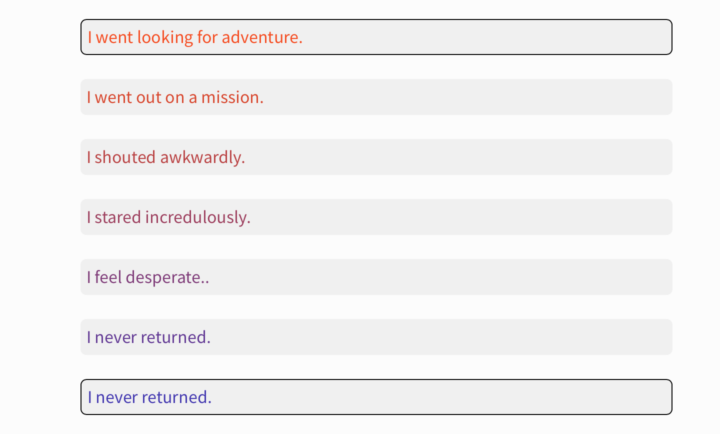 In a project he calls Sentence Space, Robin Sloan implemented a neural network so that you can enter two sentences and get a gradient of the sentences in between.

I’d never even bothered to imagine an interpolation between sentences before encountering the idea in a recent academic paper. But as soon as I did, I found it captivating, both for the thing itself—a sentence… gradient?—and for the larger artifact it suggested: a dense cloud of sentences, all related; a space you might navigate and explore.

The project is open source on GitHub if you want to have at it.