Solar System in a bottle 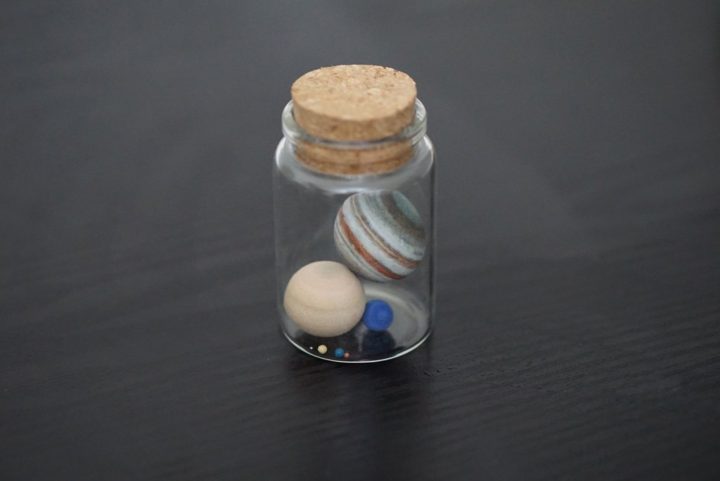 From Little Planet Factory, a Solar System in a bottle made to scale:

A small bottle attempting to maintain the correct scale between the 8 planets of the solar system at a scale of 1:5,000,000,000. Much as in reality the entire bottle is almost entirely dominated by the volume (and mass) of the four gas giants while the four solid planets settle almost dust like in comparison at the bottom of it.