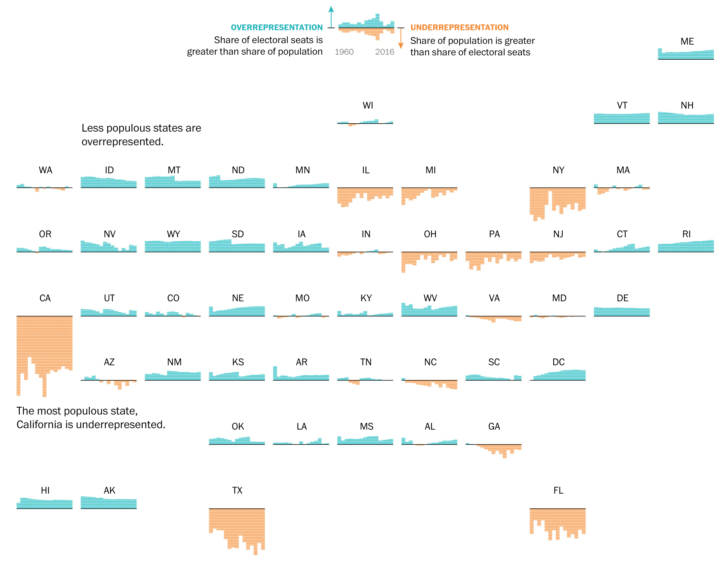 By design, the electoral college and population don’t quite match up state-by-state. This results in a lower ratio of electoral seats to people for the higher populated states and a higher ratio for the lower populated states. Denise Lu for The Washington Post provides a small multiples state grid to show the differences.