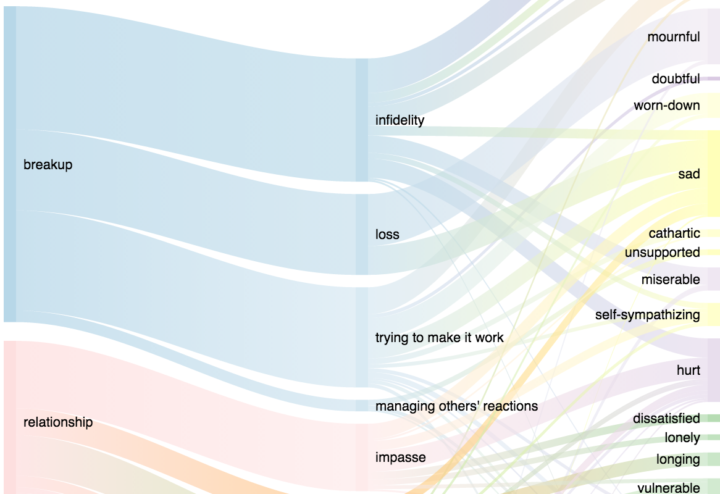 For most, crying isn’t an especially common occurrence over a long period of time, but when it happens, it’s often because something significant occurs in one’s life. Over the course of a couple of years, Robin Weis has 394 such occurrences. She knows this because she tracked when she cried and then later classified each event.

Breakups and relationships were the root of 63% of the total cries. The data spanned the majority of a year-long, long-distance relationship, the entirety of a breakup, a little bit of dating, and the very beginning of another relationship. The breakup was a terrible mess during which I found out that my ex was actually married, and the lies and trauma caused 40% of my total crying.