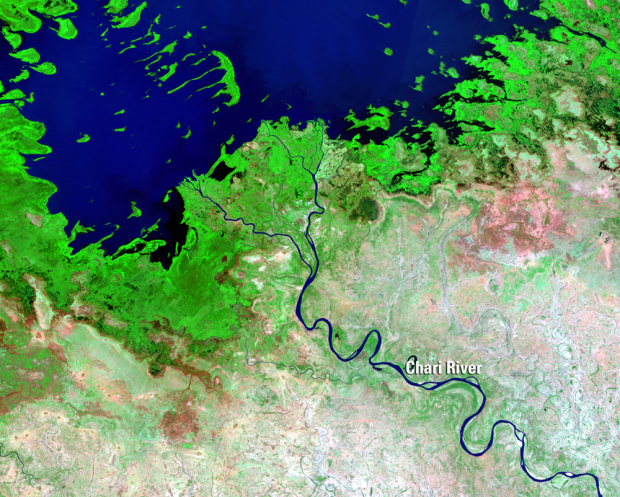 Since the 1970s, NASA has used satellites to take pictures of the Earth’s surface. This is an ongoing process, so when you string together the photos and play them out like a flip book, you see dramatic changes where cities boom, bodies of water dry up, and forests disappear. This is the motivation behind Earthshots, available for viewing via USGS.

The Landsat series of Earth-observing satellites has acquired data for monitoring the planet’s landmasses since 1972. The vast archive containing millions of Landsat scenes is managed at the U.S. Geological Survey (USGS) Earth Resources Observation and Science (EROS) Center in Sioux Falls, SD. The images displayed in Earthshots are examples of Landsat data that help scientists worldwide understand more about how both people and nature are changing the landscape.

There are a lot of images to look at, highlighting activity such as urban grown, agriculture, and natural disasters. So worth a look.

However, the browser is dated and a bit hard to use as it is now. You have to download large-ish video files to see, so hopefully it gets an animated GIF update at some point. Or at least streaming video.