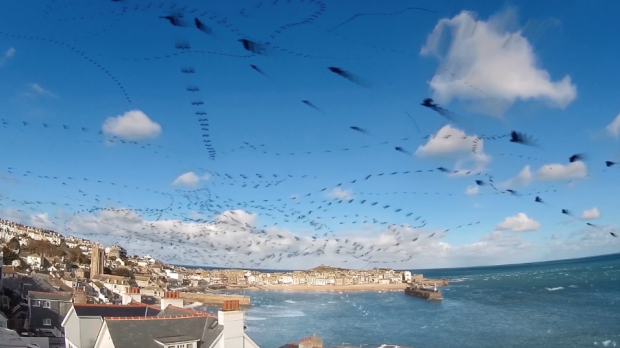 Watch one bird fly around, and it’s hard to make out its flight pattern. Time shift multiple copies of that bird, creating an echo effect, and it’s easy. Parker Paul did this with seagulls flapping around at the beach and After Effects.

We saw a similar technique used back in 2010 to show airplanes flying in and out of the airport.

My favorite use is still the human chain Nike commercial, in which you see athletes practicing, competing, and failing. Starring Lance Armstrong and Oscar Pistrious, the ad definitely shows its topical age.