Why we think of north pointing up 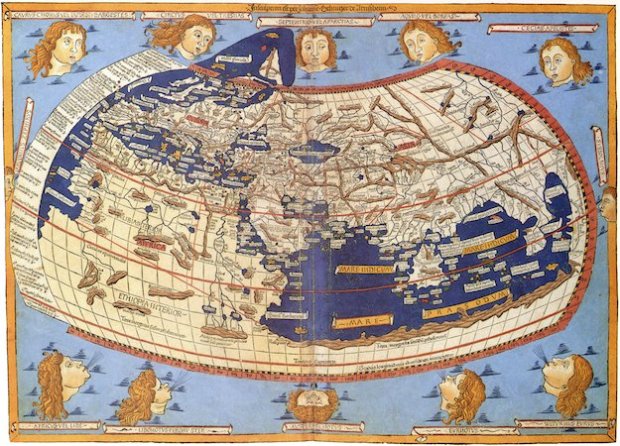 Nick Danforth for Al Jazeera delves into the history books for why north is typically on the top of our maps. There’s no single reason for it, but Ptolemy might have had something to do with it.

The north’s position was ultimately secured by the beginning of the 16th century, thanks to Ptolemy, with another European discovery that, like the New World, others had known about for quite some time. Ptolemy was a Hellenic cartographer from Egypt whose work in the second century A.D. laid out a systematic approach to mapping the world, complete with intersecting lines of longitude and latitude on a half-eaten-doughnut-shaped projection that reflected the curvature of the earth. The cartographers who made the first big, beautiful maps of the entire world, Old and New — men like Gerardus Mercator, Henricus Martellus Germanus and Martin Waldseemuller — were obsessed with Ptolemy. They turned out copies of Ptolemy’s Geography on the newly invented printing press, put his portrait in the corners of their maps and used his writings to fill in places they had never been, even as their own discoveries were revealing the limitations of his work.

Ptolemy put north on top. Although, we don’t know why he put it there.