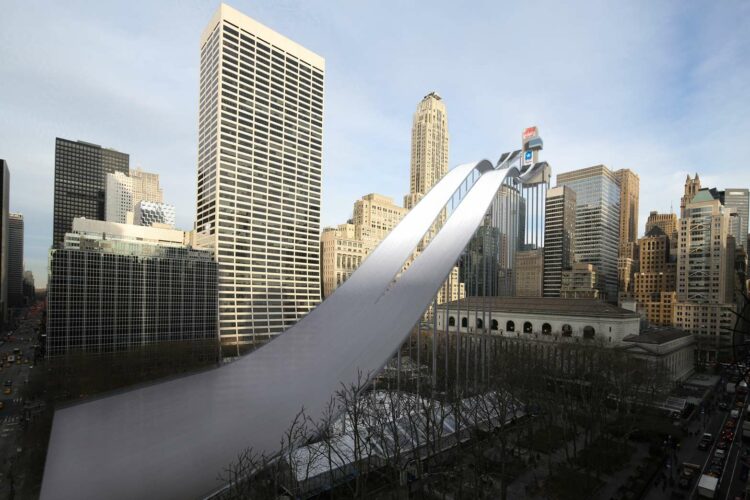 The New York Times published a fun piece that places Winter Olympic events in the city. Events include the luge in Times Square, ski jump in Bryant Park, and speed skating down Broadway.

The Winter Olympics sometimes gets flack for being the thing in between the more popular Summer Olympics, but I think it has a lot to do with scale and perception of the events. People know how fast they run, but don’t always get how steep the mountains are. I used to go downhill skiing, and from a distance the hills didn’t look especially daunting, but when I stood at the top of the black diamond, it looked pretty scary.