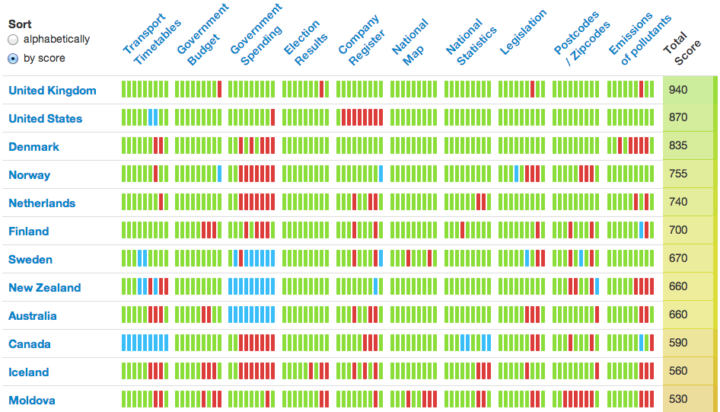 The Open Knowledge Foundation launched the Open Data Index, so you can see what data countries provide to their citizens.

An increasing number of governments have committed to open up data, but how much key information is actually being released? Is the available data legally and technically usable so that citizens, civil society and businesses can realise the full benefits of the information? Which countries are the most advanced and which are lagging in relation to open data? The Open Data Index has been developed to help answer such questions by collecting and presenting information on the state of open data around the world – to ignite discussions between citizens and governments.

Based on community editor contributions, the index assesses the availability of datasets such as transportation timetables, election results, and legislation, and provides a single-number score. The higher the score is, the more data a government makes available to the public. Of the 70 participating countries, the UK leads the way, followed by the United States and Denmark.